Tax Justice Network ■ Chinese Engagement in Africa: Beyond the Caricature

Western commentary on China’s engagement with Africa often treats it as a new form of colonialism. In this article W. Gyude Moore looks beyond this simplistic framework to analyse China’s approach on its own terms, and sets out some of the ways in which African countries can secure greater leverage in their negotiations with all of the great powers. This is the third article of our Black Lives Shattered edition of Tax Justice Focus, guest edited by Dara Latinwo.

China’s emergence as a competitor to the United States and its Western allies has evoked hyperbolic descriptions about its motives and methods in Africa. Chinese debt to African countries has been caught in Western accusations of China’s alleged ‘debt trap’ diplomacy. These conversations have both elided the context in which China’s relationship emerged and failed to address the staying power of the colonial nature of Africa’s trade and commercial ties with all external actors, including China. This discussion attempts to explore the actual origins and nature of Chinese engagement in Africa and draw attention to the change required in Africa’s relationship with the world.

The beginning of Africa-China engagement

In 2000, African Presidents, dozens of ministers from China and Africa, and representatives from various international and regional organizations met in Beijing for the first Forum on China-Africa Cooperation. Over the next twenty years, the Forum would become the key mechanism for Chinese engagement on the continent. Held every three years, the Forum on China-Africa Cooperation culminates in an announcement of ever increasing amounts available for loans and aid to African countries. Beginning with $1 billion in 2000 and rising to $60 billion in 2015 and 2018.

But questions arose about China’s true intent in Africa. Was the goal to replace the Washington Consensus with the Beijing Consensus?[1] Was this a new form of colonialism?[2] These questions, usually raised in Western press, were never based on evidence since China’s undertaking was never coherent and cohesive enough to be called a consensus and the voluntary nature of its bilateral relationships was a far cry from colonialism.

So how did China come to be such a dominant actor in Africa in just two decades?

An Economist piece from five months before the first Forum on China-Africa Cooperation offers an insight into the West’s own consensus on Africa’s prospects in 2000. In a piece called Hopeless Africa, the authors use Sierra Leone as a stand-in for the entire continent, writing that the country “is an extreme, but not untypical, example of a state with all the epiphenomena and none of the institutions of government” and that “it has poverty and disease in abundance, and riches too: its diamonds sustain the rebels who terrorise the place.”[3] Nothing in this passage is technically inaccurate. An HIV-AIDS pandemic had ravaged parts of central and southern Africa. The continent’s plethora of civil wars had precipitated humanitarian catastrophes that sent refugees streaming across borders. Africa’s external debt profile had worsened considerably such that by the end of 1990s the region’s debt had skyrocketed to $271.9 billion.[4] To address the low income countries’ debt crisis, the High Indebted Poor Countries Initiative (HIPC) was launched in 1996. In 2000, the UN launched its Millennium Development Goals, with Africa central to the campaign against extreme poverty. For many in the West, Africa was perceived as a problem to be solved and not a partner for business.

For China however, which was solidifying its place as the world’s factory, Africa provided an opportunity free of rivals. For a continent lagging behind every other region in infrastructure and labour productivity, locked out of international financial markets, and facing borrowing constraints, the Chinese engagement was a gift from the gods. Beyond financing and construction projects, China’s lack of concerns about rights violations, corruption. or poor public financial management suited African autocrats. Chinese loan agreements with undisclosed terms and no-bid contracts blossomed in countries with weak accountability systems. Without guardrails to protect against cost inflation or public debate about debt terms, these deals sowed the seeds of the modern criticism of Chinese lending in Africa.

But efforts to describe Chinese-financed projects as debt traps are not backed by evidence. As my colleagues at the Center for Global Development note, “It is a myth that massive Chinese lending has only supported white elephant projects and bridges to nowhere. In reality, evidence suggests that Chinese financed infrastructure projects have had positive economic effects for many developing countries.”[5]

Africa’s Relationship with the Rest Today

What has gotten lost in accusations of debt traps and neo-colonialism is the underlying, unchanging pattern of African trade with the rest of the world. The arrival of China has not altered the colonial origins and character of this pattern.  Africa remains trapped in trade dynamics – where the continent exports raw materials and imports finished goods – that were first developed during the colonial era when Africa served as a feedstock to advanced economies.

These dynamics have important effects today. In a study of world merchandise exports between 1948 and 2015, no African country was among the top 30 exporters of goods and services. With Africa’s exports skewed towards primary commodities, the continent is vulnerable to price shocks. The maintenance of this extractivist model is responsible for the widening income gap between Africa and the rest of the world and it has sustained the exodus of Africans looking for opportunities elsewhere.

Africa’s engagement with the rest of the world has always been from a position of weakness. In some ways, Africa-China engagement today continues this trend, with China setting and announcing the Forum on China-Africa Cooperation agendas.[6]

It is important not to minimise the impact of the suboptimal decisions and political distortions wrought by Africa’s leaders. There is no substitute for local leadership and unless the quality of governance improves, it is difficult to imagine how Africa will ever improve the terms of its loan or trade agreements. No external actor, bilateral or multilateral, will assume more responsibility for the continent’s future than its citizens.

What can be done

COVID-19 has plunged the continent into its first recession in 25 years and recovery will difficult, but Africa’s partners can help. By the end of the pandemic, government spending (a significant portion across the developed world) and private borrowing to mitigate the pandemic’s effects had risen by $24 trillion dollars.[7] It is an indication that the developed world has the economic wherewithal to assist Africa in breaking out of colonial patterns. With 54 votes in international forums, African states must begin to collectively advocate in both multilateral and bilateral relationships, an agenda that seeks to break free from this pattern. At summits like the Forum on China-Africa Cooperation, they need to influence the agenda to reflect this objective. Below are three recommendations for what this new agenda would entail:

* W. Gyude Moore is a senior policy fellow at the Center for Global Development where he focuses on infrastructure financing in Africa and the changing landscape of development finance on the continent, including the rise of China. Previously Moore served as Liberia’s Minister of Public Works with oversight over the construction and maintenance of public infrastructure from December 2014 to January 2018. 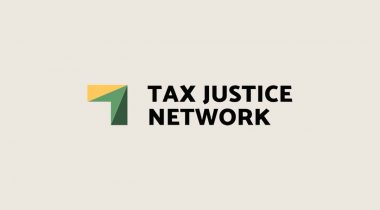 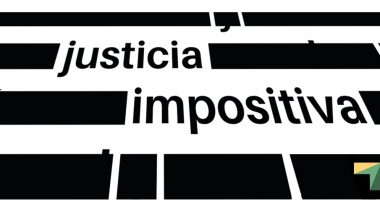