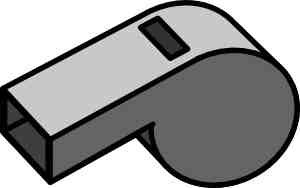 In some countries there’s been controversy over whether or not whistleblowers should be compensated financially. That’s not the case, however, in the United States, in Korea and in other countries where they recognise that the State benefits by recovering funds due to it on behalf of its citizens and where it’s recognised that most whistleblowers will never work again in their industry, will often incur huge legal fees in cases they may end up losing, and they may risk in some cases imprisonment and harassment. It is, however, controversial in countries like the UK where even though whistleblower award schemes exist, they’re not publicly promoted and payouts are surrounded in secrecy.

Canada’s ‘Offshore Tax Informant Program’, set up by the Canadian tax authority in 2014 to track down tax cheats, has yielded some interesting results. The Financial Post reports:

Since inception, the program has generated more than 1,400 calls, over 600 written submissions, and 39 contracts with informants, which has allowed the CRA to identify $50 million in taxes and penalties owed, the CRA said in an emailed statement to the Financial Post.

About $19 million has been collected so far, of which “under $1 million” has been paid to an eligible informant or informants…”

An investment of less than one million Canadian dollars for a potential return of fifty million dollars, nineteen million recovered so far, seems like a good return to us.

It also goes to show that investment in enforcement justifies itself many times over. Despite that fact, Canada is one of the few countries bucking the trend of cuts to the essential work of tax authorities worldwide. However, let’s not get too excited here, Canada has much work to do to tackle its ‘snow washing‘ problem, otherwise known as corporate tax havenry and secrecy offerings. It is also ranked number 21 in the most recent Financial Secrecy Index. (It wasn’t included in assessment for the first Corporate Tax Haven Index results, launched in May 2019).

Also of crucial importance in empowering whistleblowers to come forward in multiple ways, (of which awards are only a part), is changing the culture of impunity which exists in some industries as well as those working as public servants. At our 2019 annual conference on the professional enablers of tax abuse and crime – banks, law firms, real estate agents, trust companies, lobbyists and the major audit and accounting firms – we discussed these issues on a fascinating panel chaired by international whistleblower lawyer Mary Inman of Constantine Cannon: Whistleblowing in Asia and the UK: then and now.

Do watch the following presentations and the fascinating discussion below. All conference videos are available to watch here.

Joohyun Baek describes the whistleblower reward schemes the Korean Tax Authority has in place to encourage whistleblowers to provide information about evasion of Korean taxes domestically and offshore:

Chief Executive of Whistleblowers UK Georgina Halford-Hall discusses the work of the newly formed All Party Parliamentary Group on Whistleblowing in seeking legislative reform to protect and empower whistleblowers in the UK: