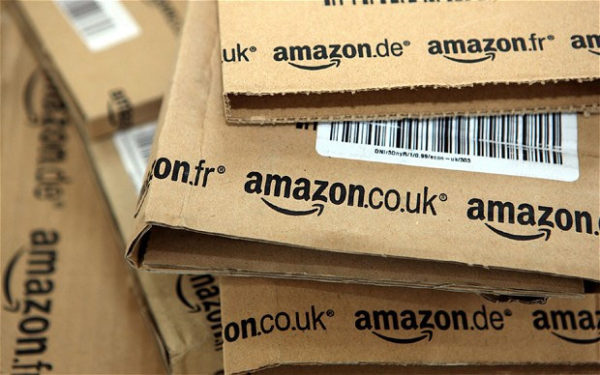 Even the Daily Mail has been outraged by how little tax Amazon is paying in the UK. But none of the comments so far, even by tax experts wheeled out by the media, have pointed to the central reason.

It’s clear that the profits attributed to the UK are low compared to Amazon’s global net income of $3b in 2017. But HMRC does not look at these global profits, it starts from the income Amazon attributes to its UK subsidiaries for performing services for the group. This income has been further reduced by deducting the value of Amazon shares allocated to its top UK managers in their remuneration packages. Yet these are shares in Amazon Inc., not in the UK companies they manage, which are 100%-owned affiliates. So, while Amazon’s top UK managers share in the firm’s worldwide success, HMRC is content with taxing the meagre profits attributed by treating the UK affiliates as sub-contractors.

Amazon of course is a multinational, and it operates through scores or even hundreds of subsidiaries around the world. But they are all under central control and direction, ultimately under the CEO Jeff Bezos, now top of Fortune’s rich list. It generates its enormous revenues from its success at combining all its activities. People use Amazon because it provides next-day delivery, and an excellent website with customer reviews even for the most specialist items, backed by good customer service. Electronic books can be ordered from and delivered directly to a Kindle. Amazon Prime also offers streamed movies, and Amazon Web Services has a key position in cloud computing, linked to its Alexa voice system.

It is this whole package that has put Amazon in such a dominant global position. It is far more than the sum of its parts.

Yet when it comes to tax, this reality is ignored. What we have been told is that Amazon UK Services Ltd, which handles warehouse operations and provides fulfilment services, paid tax of £4.6 million on pretax profits of about £72 million in 2017. In parallel, Amazon Web Services UK Ltd, which provides consulting and marketing services related to cloud computing, reported paying £155,000 in total tax in 2017 on profits of £5 million. In both cases this is far less than the corporate tax rate which applied in 2017 (19.25%, because it fell from 20% to 19% as from 1st April). But we are told that the reason for this is the perfectly justifiable and legal deduction of share-based employee compensation.

What has not been explained is how the profit for these companies has been calculated. This is confidential between HMRC and Amazon. But Amazon is clearly taking advantage of the bizarre concept that is still basic to international tax: the independent entity principle. In this perspective, these subsidiaries are merely providing support services to Amazon, so their profits should be calculated by comparing them with those of standalone companies providing similar services. This means applying a so-called ‘one-sided’ method to determine the appropriate taxable profit, taking the subsidiary in isolation from the group, and applying a benchmark rate of return to an appropriate base, such as operating costs. Services such as warehousing and delivery, or marketing, are generally low-margin businesses, so the profits declared are very low. The taxable profits are even lower, because of the employee compensation deduction, calculated on the basis of the value of the shares distributed.

But wait a minute: which company’s shares are these? Not those of Amazon UK Services, or Amazon Web Services UK, which are a wholly owned part of the Amazon group. The shares are those of Amazon Inc., and have continued to increase in value, hence the massive deduction. For UK Services it was £17.5m on profits of £72m, and for Web Services a whopping £12m on profits of only £5m, several multiples of the tax collected by HMRC.

Of course, it’s laudable that employees should share in the success of the company, although this obviously doesn’t extend to the warehouse employees, whose bad working conditions have been pointed out by the GMB union. But if the top managers in the UK can share in the company’s global success, why aren’t Amazon’s tax liabilities in the UK calculated in the same way? Why doesn’t HMRC take account of the benefits of synergy from the close integration of these services with Amazon’s activities as a whole, which is the result of performing them in-house rather than contracting them out?

The tax paid is also disproportionate to Amazon’s impact on UK markets and consumers, where according to its US filing it had $11bn (£8.6bn) out of some $178bn (£139bn) net income from worldwide sales through its websites in 2017. These are routed through Amazon EU Sarl, which is based in Luxembourg. But of course, as we are frequently reminded, tax is paid on profits, not sales. Nevertheless, Amazon in 2015 agreed to treat its UK sales as booked in the UK, by accepting that the Luxembourg company has a taxable presence in the UK – in tax jargon a ‘permanent establishment’ (PE). Since the Luxembourg company’s published accounts are not broken down on a country-by-country basis (as pointed out by Richard Murphy), we don’t know how much tax this PE will pay in the UK. Nevertheless, it is very likely that this entity will also be treated as simply supplying services, in this case managing sales, and declare very low profits, probably a low margin of operating costs.

Those who recognise that this approach is unacceptable say that solutions must be sought through international channels. The UK helped to launch and has actively participated in the major initiative to reform international tax rules, the project on base erosion and profit shifting (BEPS), begun in 2012 by the tax specialists at the Organisation for Economic Cooperation and Development (OECD), and backed by the G20 world leaders in 2013. This delivered a package of reform proposals in 2015, but the OECD asked for 5 more years to complete the critical work on tax consequences of digitalisation of the economy. Under pressure to move more quickly, it managed only another interim report in March 2018, showing that countries are still deeply divided.

The rest of the 2015 package was mainly a patch-up of existing rules, as analysed in more detail here. The main advance was the creation of a system for country-by-country reporting by multinationals with turnover over €750m (£669m), although these reports will be seen only by tax authorities. In other respects, the OECD has continued to stubbornly follow the independent entity principle.

Alternative approaches for moving towards taxing multinationals in accordance with their economic reality as unitary enterprises have been examined by the Independent Commission for the Reform of International Corporate Taxation (ICRICT), which published a Roadmap for a new approach in February 2018. The BEPS Monitoring Group (BMG) has followed the international reform process since 2013, and issued detailed comments on all the OECD proposals and measures.

What has the UK done?

The UK does not have to wait, it can start to adapt its tax rules. Indeed, it jumped the gun on the BEPS project by enacting the Diverted Profits Tax (the DPT) in 2015, as well as related measures in 2016 to stop payments of royalties eroding the tax-base. It was clearly these measures that spurred Amazon to agree to book its UK sales in the UK. Recent data show that the DPT recovered £388m in 2016-7, of which £219m resulted from the tax itself, the remaining £169m is the estimated additional corporate income tax from firms such as Amazon changing their structures. Since HMRC issued only 14 DPT charging notices the previous year (which take effect after 12 months), the additional DPT revenues amount to an average of some £15.6m. The additional tax resulting from Amazon’s booking of sales to a PE in the UK would presumably be part of the estimated additional £169m resulting from behavioural change, but we do not know how many firms this covers. While these sums are substantial, they are a drop in the bucket compared to the revenues of firms like Amazon.

Clearly, better reforms are needed. In November 2017 the Treasury published a position paper stating the government’s preferred options, detailed comments on which from the BMG are available here. Regrettably, the signs are that the UK government is still unwilling to support a shift towards a unitary approach. The Treasury proposes only that the international rules should accept the contributions made by “active users” of web platforms in determining attribution of profits. In other respects, it seems to accept continuation of the independent entity approach. This would not solve the problems, it would only add another level of complexity in deciding who are active users. What about the customers who add reviews on the Amazon website? It would also ignore the enormous value generated by collection of data from users by such platforms. Under the current UK strategy, the UK tax on Amazon’s profits is unlikely to change.

What could be done now?

One way a unitary approach could be adopted under current rules is to take account of the integrated nature of the activities of subsidiaries of firms such as Amazon in a country such as the UK when deciding how to attribute profits to them. It clearly makes no sense to pretend that each affiliate operates independently of the others and of the enterprise as a whole, just like subcontractors. The OECD Guidelines on Transfer Pricing allow the use of the profit-split method, to apportion the combined profits of related entities whose activities are integrated. Clearly, the enormous volume of sales generated by Amazon Sarl are closely linked to both the website and marketing support and the warehousing and delivery services of its UK resident affiliates.

The OECD was urged to adopt such a holistic approach by the BMG in September 2017, available here. Yet the guidance finally issued in March 2018, was obscure. It still stressed the independent entity principle, while also mentioning that in some circumstances account could be taken in attributing profits to a PE of “the potential effect on those profits of the level of integration of these activities” (para. 8). It’s obviously no easy task to reach agreement by consensus among a large group of countries. This may help explain why, unfortunately, the international discussions are being conducted under a cloak of technical complexity and secrecy.

Yet it is surely time for a leading country such as the UK to state clearly where it stands on basic principles. It should support moves towards treating multinationals in accordance with the economic reality that they are unitary firms, and to move away from the fictions which allow giants such as Amazon to create complex group structures to avoid tax.

Sol Picciotto is emeritus professor of law at Lancaster University and author of ‘International Business Taxation’ and ‘Regulating Global Corporate Capitalism’. He is a Tax Justice Network senior adviser, a member of the Advisory Group of the International Centre for Tax and Development, and a corresponding contributor to Tax Analysts.