Naomi Fowler ■ New report: is Apple paying less than 1% tax in the EU?

We’re pleased to share this new study commissioned by GUE/NGL members of the European Parliament’s TAX3 special committee on tax evasion, tax avoidance and money laundering. You can read more about their very important work here. The report was written by Emma Clancy and Martin Brehm Christensen and is titled: Exposed: Apple’s Golden Delicious Tax Deals: Is Ireland Helping Apple Pay Less Than 1% Tax In The EU?

As it points out, Apple is unlikely to be the only multinational company structured this way. Report co-author Emma Clancy highlights that only this month Microsoft has merged the two parts of its Double Irish structure, which is likely to indicate that Microsoft is now, or intends to, replicate the structure used by Apple.

Here are the key findings from the GUE/NGL report, which we’re reproducing here below. You can read the full report here.

2) Using data from Apple Inc’s 10-K filings to the US Securities and Exchange Commission, we estimate that as a result of the new Irish structure, and Apple’s broader global tax structure, Apple’s tax rate for the period 2015-2017 for its non-US profits is between 3.7% and 6.2%.

4) Using data from Apple Inc’s 10-K filings to the US Securities and Exchange Commission we estimate that Apple is paid corporate tax at a rate of between 1.7% and 8.8% in the European Union during the period 2015-2017. This estimate assumes that Apple’s provisions for foreign tax equals money actually transferred to foreign governments.

5) If we assume the highly likely scenario that Apple’s provisions for foreign tax is substantially smaller than the amount actually transferred to foreign governments, we estimate that Apple may have paid as little as 0.7% tax in the EU from 2015-2017.

7) Apple’s new European tax structure remains shrouded in secrecy, partially due to a lack of financial transparency in Ireland and Jersey. Most of its financial information remains secret globally.

8) Apple continues to use Ireland as the centrepiece of its tax avoidance strategy. Following the US Senate inquiry (2012-2013) and the initiation of the European Commission’s state aid investigation into Ireland (2014), Apple organised a new structure in 2015 that included:

9) As well as relying on the information revealed in the Paradise Papers and Apple’s statement responding to these revelations, this restructure can be observed in the macro-economic data of Ireland from 2014-2018, particularly in the first quarter of 2015. Major changes occurred in Ireland’s GNP, GDP, exports, imports, investment, external debt and more. Despite the relocation of sales income and intellectual property to Ireland, there was no observable corresponding increase in corporation tax received from Apple by Irish Revenue.

10) With the assistance of the Irish government, Apple has successfully created a structure that has allowed it to gain a tax write-off against almost all of its non-US sales profits.

Apple is achieving this by using:

11) The Irish government introduced the 100% rate on capital allowances for intellectual property (IP) following a recommendation made by the American Chamber of Commerce in Ireland in 2014.

12) The law governing the use of capital allowances for IP is not subject to Ireland’s transfer pricing legislation, but it includes a prohibition from being used for tax avoidance purposes. Apple is potentially breaking Irish law by its restructure and it exploitation of the capital allowance regime for tax purposes. If the same legal reasoning used in the European Commission’s state aid ruling on Apple and Ireland is applied, Apple is in breach of Irish tax law, and owes Irish Revenue at least 2.5 billion additional euros in unpaid tax annually from the period 2015-2017.

13) The use of this structure has contributed to a significant increase in the amount of cash Apple is sitting on in offshore tax havens.

14) Apple is unlikely to be the only multinational corporation using this structure, which is advertised as a typical structure used by large corporations involved in trading in intellectual property by corporate law firms. We have called it the “Green Jersey” in reference to the use of the Jersey-based subsidiary by Apple, though it is not strictly necessary to use an offshore tax haven as Apple has.

15) The essential features of the Green Jersey scheme are:

16) Many of the features of Irish tax law that were identified as factors facilitating tax avoidance in the Commission’s state aid ruling remain partially or fully in place in Ireland. Despite the announced phase-out of the Double Irish scheme, we have found that the “management and control” provision allowing the creation of Double Irish structures remains in place through several of Ireland’s tax treaties, including treaties with states considered to be tax havens.

17) Several other key features of Ireland’s tax regime that were criticised in the context of the Apple state aid ruling, and which remain fully or partially in place, include: 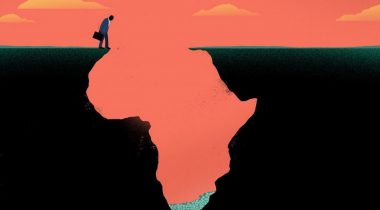