In a new investigation published today, the International Consortium of Investigative Journalists has teamed up with 13 journalists to trawl though the Panama Papers and Paradise Papers to find untold stories of wealth extraction in West Africa. The outcome is being promoted under the hashtag #westafricaleaks.

Journalists working with the ICIJ have uncovered an impressive number of stories, ranging from an offshore foundation owned by an old friend of the President of Liberia, a shadowy New Zealand company that won a contract to build a non-existent slaughterhouse in Niger, and the offshore dealings of a well known arms trafficker in Chad.

From a tax justice point of view, we hope that the new revelations will force some action from governments and the international community in putting more effort into tackling illicit financial flows in Africa. According to Will Fitzgibbon, who led on the project, although hundreds of million in back taxes have been collected by European governments as a result of the ICIJ’s offshore leaks, there is no evidence that any African government has been able to recover any additional revenues whatsoever as a result of the Paradise Papers and the Panama Papers.

It is a complaint that we hear regularly from revenue officials and anti-corruption investigators from across the continent, that governments have a policy of de-funding investigatory agencies to protect the interests of powerful individuals. But of course it’s also true that the incredible global progress made towards our ABC of tax transparency has systematically excluded lower-income countries so far.

There are also issues around the public perception of the value in taxation.

Ousmane Sonko, a former Senegalese tax inspector who is now a member of parliament, is quoted by the ICIJ as saying:

“When people don’t even understand what taxes are, acting on something like the Paradise Papers is challenging,”

Greater tax revenues are absolutely fundamental to driving economic development and better health and educational outcomes for people in Africa. We hope that the continued work of teams of investigators like the ICIJ will spur the political momentum required to focus the minds of both African governments and the international community to improve tax systems across the continent.

All the stories on the West Africa leaks are available on the ICIJ website, where you can also read about how the investigation was put together, and meet some of the journalists behind the project.

How to stop #LuxLetters and the abuse of tax rulings 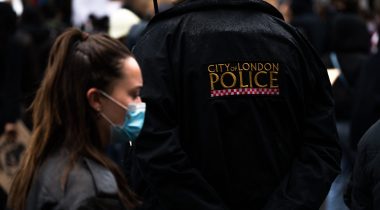