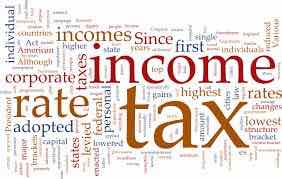 Tax is one of the key battlegrounds in the UK’s general election due on May 7. No tax is more important than the income tax, and debates about the wisdom of cutting or hiking the top rate of income tax seem likely to heat up as polling nears.  Some political parties advocate raising the top tax rate from the current 45 percent, while others think that it’s a good idea to cut rates further, partly in the name of ‘competitiveness’.

Where the parties stand on top income tax rates

The Labour government increased the top income tax rate for anyone earning above £150,000 per year from 40 to 50 percent from April 2010, the first increase since 1974. The coalition government cut the rate to 45 percent in April 2013.

Now TJN publishes a major new analysis of the evidence (press release here), written for TJN by John Thompson, an independent analyst. It shows that the debates on the top rate of income tax hinge on official estimates from HM Revenue and Customs (HMRC,) which were published in 2012 and remain the baseline for judging the revenue effects. Thompson’s report shows that the figures are so uncertain as to be of little or no value in determining tax policy. Although it’s a UK-focused report, his findings are likely to have a wider relevance internationally. As we note in our press release:

“Even if one were to take the underlying HMRC numbers from its own report as correct, a more informative conclusion would have been to say that yields from having raised the top rate from 40 to 50 percent were somewhere between more than a £4 billion revenue gain and more than a £2 billion loss. But the underlying HMRC numbers are also subject to further uncertainties.”

Perhaps more damningly, the survey of evidence into the longer term wider effects of a change in the top tax rate are, as Thompson puts it:

“so selective as to be unreliable and, if relied upon, worthless or worse.”

For instance, HMRC reviews the literature about how higher top tax rates might affect growth, productivity, entrepreneurship, investment, and so on. One of its conclusions is, the report said, backed by the work of the influential French economist Thomas Piketty. We sent HMRC’s conclusion to Piketty, and he replied, saying:

“it is indeed quite surprising to learn that our paper with Saez and Stantcheva was used in this manner, given that we basically find the opposite.”

Thompson’s in-depth report has been reviewed by experts in the field, and it can serve as a reference point for studies into the effects of tax cuts for years to come, with relevance beyond the UK.

1. Raise top income tax rates, if voters want that, knowing that the balance of evidence suggests no harm to the economy or revenues will result, and that benefits – in the form of higher revenues, higher growth and lower inequality – are also possible.

2. Create an Office of Tax Responsibility, as Richard Murphy has proposed. We recognise that such a body can also be credulous or ‘captured’ by the tax-cuts-for-every-ailment brigade, but it potentially creates useful new lines of accountability.

3. Create a robust new independent civil society tax watchdog, funded by fully independent donors, specifically to expose and debunk studies that otherwise have a track record of being received and regurgitated by credulous media and politicians without question. This would include a tax training facility for media and civil society actors.

4. If there is fear that higher tax rates will lead to increased avoidance or evasion, introduce measures cracking down in these particular areas. Cuts to HMRC staffing should be reversed.

5. As always, we need more and better research. Better still would be an outbreak of honesty and a recognition that even half-decent estimates may be impossible with short term pre-announced tax changes. The independence of civil servants to make objective evaluations must be protected, especially in the political minefield of tax policy. Policy makers must de-emphasise the importance of such studies, and muster the courage to say ‘we really don’t know’ – then make honest political judgements based on factors like fairness and voters’ declared wishes.

“We hear again and again that tax cuts all but pay for themselves, that they make the economy grow, and all sorts of other good things. This new report is a weighty reminder of what many of us have known for a long time: there isn’t any good evidence for these claims.

The public needs honesty from politicians and the tax authorities if it is to regain trust in the tax system.”

“At present the balance of evidence suggests that higher top income tax rates are likely to be associated with both higher revenue and higher economic growth – and indeed with lower inequality.

But these remain open research questions – so it is frustrating that the policy debate pretends to a level of certainty that simply doesn’t exist, and doubly so that the most common political claims are those which are most clearly contradicted by the current weight of evidence.”