John Christensen ■ Bankers have a moral compass, it just may not look like yours 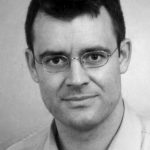 We’re getting rather used to revelations about sharp practice in the banking sector. The row about HSBC’s tax services to rich clients has raised, yet again, crucial questions about the business culture which allows such scandals to emerge. One common idea is that those involved have lost their “moral compass” and succumbed to the imperative of pure greed as they employ subterfuge to do things which end up doing harm to the general public.

There is a problem with these approaches. Those who use the “greed-hypothesis” tend not to define what they mean by “greed”, as distinct from normal material interest or motivation, nor do they have empirical data to show how greed operates to cause all this turmoil in our economy. But that is for another day perhaps, as here I want to focus on the “immorality-hypothesis”; to unpack it and argue that fraud in the City does not, in fact, reveal the absence of morals, but the presence of particular moral views and preferences.

You and I might dislike those moral mind-sets and priorities, but exploring them is essential if we are to understand banking.

This poses an intriguing question: what are these morals, where do they come from and why have they apparently become dominant in some businesses and sectors?

The revelations of greed and cynical immorality … keep pouring out of this HSBC Swiss bank scandal, one of the biggest of the last few decades since this is probably only the tip of the iceberg on bank wrongdoing in this no-holds-barred era of crooked capitalism.

Here greed, cynicism and immorality explain “wrongdoing”. This analysis typically leads commentators to suggest that business needs to find that lost moral compass and adopt a moral business purpose. The idea is that a form of fair capitalism and just society will arise.

Will Hutton is a prototypical writer of this category: he suggests companies should deliver “a noble, moral business purpose” which works to the service of humankind. The implicit assumption is that fraud is not what organisations and professionals with a moral purpose and compass do.

In 2012, Hutton made this line of argument in a commentary about interest rate rigging in the banking sector:

Much has been said about the rotten culture in investment banking … [T]he regulators, the British government and bank managements … allowed a business model to be created in which men and women with very little skill and no moral compass could make themselves millionaires in a very short time. They contributed zero wider economic value but created immense systemic risk for the rest of the economy.

The way forward for the likes of Hutton – including his academic counterpart Jeffrey Sachs – looks straightforward. End out-of-hand greed and self-interest and inject morals into capitalist corporations and sectors.

However, what if the opposite is the case? Errant bankers have a moral compass too, and even banks fined and admonished by regulators are organisations with moral norms, codes and priorities of one sort or another. That is to say, white-collar fraudsters will have their take on matters of right and wrong, proper and improper practice as well.

They have views on justice, honesty and decency too, or on what a good life and good society looks like, on how to live, earn an income and keep the job, and what all that means for matters of acceptable and unacceptable business practice in their line of work. It’s why you get ratings agency staff saying: “Let’s hope we are all wealthy and retired by the time this house of cards falters”. And why Goldman banker Fabrice Tourre told his girlfriend:

[The subprime business] is totally dead and the poor little subprime borrowers will not last so long!!!… I am now considered a ?dinosaur? in this business… I feel like I’m losing my mind and I’m only 28!!! OK, I’ve decided two more years of work and I’m retiring.

There are similar tales in emails and instant messages released alongside other cases. We see moral views that lead people to justify their actions: “Everybody’s doing it”, “If I don’t do it somebody else will”, “I can’t afford to be nice”, “I need to do this because I need this job for my family”, “I serve the interests of our shareholders, including pensioners”, or even (paraphrasing Goldman Sachs CEO Lloyd Blankfein) “I am doing God’s work”.

In other words, a moral norm does not automatically prescribe a pro-social, honest practice. In a particular case, the existing dominant morals among the actors involved – notions of what constitutes acceptable practice, and how others should be treated while earning a living – can be that it is OK, proper, or crucially, necessary to defraud (and therefore harm) another human being, social group or organisation.

The motivation might be anything from meeting a company target, to keeping your job or defending/advancing your position and that of your family, corporation, social group, region, country, religion, and so on. Sounds familiar?

Fraudsters in banking and related industries – as well as their numerous clients – are not operating in a moral vacuum. They are also, after all, likely to operate within the dominant value system of capitalist society; they probably aspire to wealth, achievement, self-direction, or enjoyment. And if the way to combat fraud and corruption is to understand it better, then we need to explore the entire spectrum of key existing moral rationales and dynamics in the professions, firms, organisations and sectors of concern.

We need to understand the systems of pressures and incentives – including the power dynamics – that facilitate fraud, and understand the values and norms that justify it. To say bankers are amoral is analytically flat and limits the enquiries and debates we should actually be having.

Start from the analytical position that “bankers have morals”, and the moral compass they use is located firmly in the magnetic field of late capitalism. This may not be an easy analytical move, but is essential to identify and discuss, as well as critique and de-normalise the morals of the white-collar fraudsters in high finance, and elsewhere.

This article was originally published in The Conversation