“Are we Swiss all criminals?” The poster asks. No. But many Swiss bankers are.

Switzerland, it seems, has rejected the OECD’s new project on automatic information exchange, out of hand.

Even before the ink was dry on the OECD report, Switzerland’s Federal Department of Finance said:

“The Federal Council will give its opinion on adopting this standard as soon as it has been adopted globally.”

Our emphasis added. That is the ‘level playing field’ argument: secrecy jurisdiction speak for ‘Get Lost.” This is the same old weaselly argument that jurisdictions always use to worm their way out of committing to international initiatives. It is an implicit, rather than an explicit, rejection of the the OECD’s standard.

But it’s a rejection.

In other words, Switzerland will wait until the Cook Islands, Niue, Hong Kong, Singapore, the British Virgin Islands, and everyone else, have adopted the standard – and only then will they “give their opinion on adopting this standard.” And if a single one of those jurisdictions takes a similar position (Luxembourg? Austria?) then Switzerland won’t budge.

We salute those in Switzerland, such as Alliance Sud and the Berne Declaration, that have stood up against their offshore financial centre. But internal pressure isn’t going to be enough.

As we said in our response to the OECD report, sanctions are required. We ask for three things. 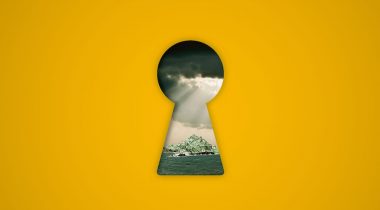