This blog was originally published by ICRICT on 19 December 2019. ICRICT is inviting comments on its new study. If you would like to send your comments, please do so no later than Thursday 31 January 2020 to [email protected].

Wealth inequality poses serious risks to economies, to societies more broadly, and to the functioning of democracies. And yet the actual magnitude of wealth inequality is unknown because of the deep financial secrecy that surrounds it. It also allows individuals and entities to hide proceeds of corruption, engage in money laundering and the financing of terrorism, or to evade taxes.

This financial secrecy means that authorities have no comprehensive knowledge about who owns what, whether they obtained it through legal means and funds, and whether applicable taxes have been paid. Moreover, local and international authorities that do have access to information, usually work in silos, without cooperating or sharing information with each other.

A crucial tool to tackle all these issues would be to have a national or interconnected register of assets, to allow information to be complete, verified, and used by the right authorities or people.

ICRICT has released its first scoping study of asset ownership information available in the UK, which could be the stepping stone for a national asset register and eventually towards the Global Asset Registry.

This scoping study analyses current collection and publication of information in the UK for several types of tangible and intangible assets including: land and property, rural land, cars, yachts, private jets, gold and precious metals, arts and antiques, jewellery, cash, racehorses, livestock, bank accounts, non-listed stock, listed securities, crypto-assets (e.g. bitcoins), intellectual property and extractive licences. It also describes the level of details available for each type of asset (legal or beneficial ownership, price or value information and whether it is publicly accessible or not), the number of registers of each category, loopholes affecting their scope, and available statistics for each type of asset.

Finally, the study includes ten general proposals on how asset ownership information could be improved, including the publication of statistics on information considered confidential.

This scoping study is published as a working paper inviting comments from the general public on its findings and proposals, including questions on the scope of assets that should be subject to registration, their level of details, who should have access to that information, who should hold it, potential uses and how the data could be verified. The comments provided will assist ICRICT in the development of a final proposal in 2020. Interested parties are invited to send their comments no later than Thursday, 31 January 2020 to [email protected].

“An important part of the wealth kept in tax havens is concentrated in dummy corporations, which clearly aim to keep their final beneficiaries unidentifiable. A global financial registry of the real and final individual beneficiaries of these companies, bank accounts and properties would be a crucial measure to deal with this. It would allow limiting tax evasion, money laundering and even the financing of terrorism”.

“If all countries had access to information about the final beneficiaries, it would make this strategy of covering funds up through chains of legal vehicles obsolete. In fact, it would make it impossible for multinationals to fraudulently assign profits that were generated in countries where they should be taxed, to tax havens”.

Thomas Piketty,  ICRICT Commissioner and Professor at EHESS and at the Paris School of Economic

“On private assets held in tax havens, the greatest opacity is still in force. The number of world’s wealthiest people has continued to grow since 2008 at a much faster rate than the size of the economy, partly because they pay less tax than others. We continue to live in the illusion that we will solve the problem on a voluntary basis, by politely asking tax havens to stop behaving badly.

“There is an urgent need to speed up the process and put in place strong trade and financial sanctions against countries that do not comply with strict rules. At the same time, a unified global asset registry must be set up”.

Gabriel Zucman, ICRICT commissioner and Professor of Economics at the University of California at Berkeley said:

“Tax havens are a key driver of global inequality, because the main beneficiaries are the shareholders of the companies that use them to dodge taxes. On top of helping multinationals dodge taxes, offshore centres enable a number of ultra-wealthy individuals to hide their riches”.

“The notion that a register of financial wealth would be a radical departure from earlier practices concerning privacy is wrong. It would deal a fatal blow to financial secrecy. In my view, a world financial registry would thus be the most effective weapon for creating global financial transparency”.

Beneficial ownership in the investment industry: A strategy to roll back anonymous capital 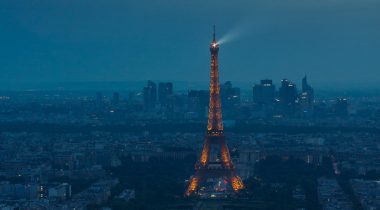 Global Taxation: Financing Education and the Other Sustainable Development Goals