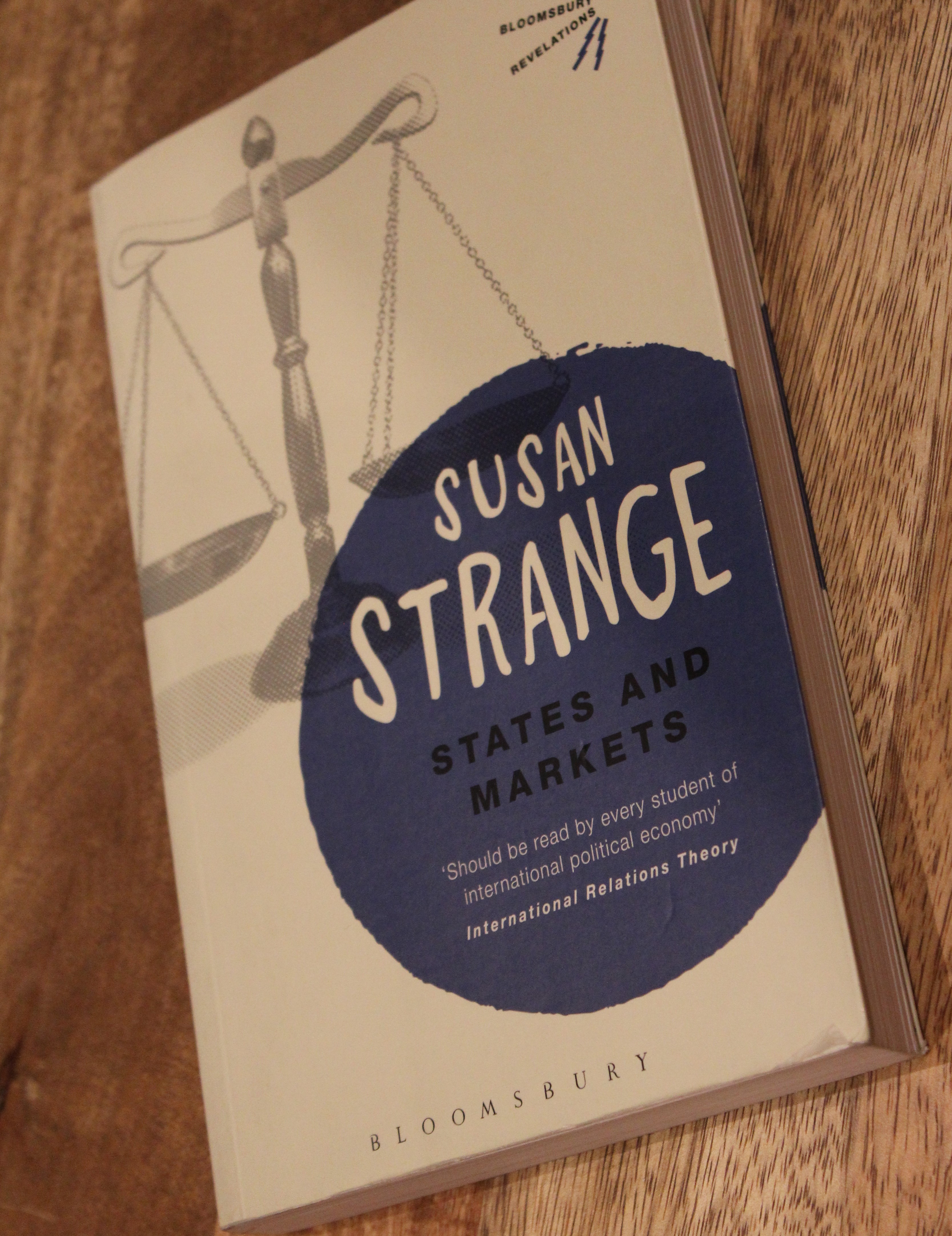 The global financial crime wave is no accident

Financial crime is a feature of our global financial system not a bug, pioneering economist Susan Strange recognised. Her message is more urgent than ever.

There was a little bit of good news this month for those worried about a tidal wave of McMafia-style financial crime. A new UK government agency tasked with fighting it – the National Economic Crime Centre (NECC) – opened its doors.

I say “little” because financial crime is far more deeply rooted in our financial and political systems than we like to acknowledge.

From the LIBOR-rigging scandal to the offshore secrets of the Panama Papers and ‘dark money’ in the Brexit vote, it is everywhere. In my recent work with anti-corruption group Global Witness, I saw first-hand how ordinary people in some of the world’s poorest countries suffer the consequences of corruption and financial crime. We exposed suspicious mining and oil deals in Central Africa, in which over a billion dollars of desperately-needed public finances were lost offshore. The story is about the West as much as Africa. The deals were routed through a dizzying web of offshore shell companies in the British Virgin Islands, often linked to listed companies in London, Toronto and elsewhere. Even if the NECC is given enough resources and collaborates widely, it has got its work cut out.

One reason all this financial crime is tolerated is that thinkers who shine a light on its systemic nature have been erased from the record. Top of my list of neglected economic superstars is Professor Susan Strange of the London School of Economics, one of the founders of the field of international political economy. In a series of ground-breaking books – States and Markets, The Retreat of the State and Mad Money – Strange showed how epidemic levels of financial crime were a consequence of specific political decisions.

“This financial crime wave beginning in the 1970s and getting bigger in later years is not accidental,” Strange wrote.

It would have hardly been possible to design a system, she said, “that was better suited than the global banking system to the needs of drug dealers and other illicit traders who want to conceal from the police the origin of their large illegal profits.”

For Strange, money laundering, tax evasion and public embezzlement were a result of the collapse in the 1970s of the post-war financial order. Here are four ways she showed how politics and the financial crime epidemic were intimately connected.

1) Money is global, regulation is national

There was nothing inevitable about financial globalisation, Strange said. It was born out of a series of political decisions. It means that global money can skip freely across borders beyond the reach of national laws and supervision. For smart operators tax, regulations, and compliance become a choice, not an obligation. Strange argued that international organisations lack the power to control global money, only coordination between the world’s major economies can rein it in.

2) Tax havens are an open invitation to embezzlement

Unless you have somewhere to stash the cash, the looting of public money and state enterprises can only go so far.

Tax havens give “open invitations”, Strange said, to corrupt politicians to steal from their people.

Banking secrecy in the havens allows money from tax evasion, drug trafficking and public embezzlement to mix together until they become indistinguishable from legitimate business.

For Strange the “obscenely large” bonuses paid to those in financial markets leads to a kind of “moral contamination”, she wrote which has “reinforced and accelerated the growth of the links between finance and politics”. Strange recognised that corruption and bribery were a problem in London and New York as well as Asia, Africa and Latin America. “Bribery and corruption in politics are not new at all. It is the scale and extent of it that have risen, along with the domination of finance over the real economy,” she wrote.

Globalisation has redefined politics, Strange argued. Political power is not just what happens in governments, but money and markets also have power. As legitimate and illegitimate private operators grow richer, they increase their power to shape the world system. States starved of tax revenues grow weaker and retreat, in a reinforcing spiral. National politics becomes captured by global money markets.

IIn the twenty years since Susan Strange’s death in 1998, these trends have only bedded down. Bankers’ bonuses have continued to skyrocket and in 2018 reached their pre-crisis peak.

Columbia University professor James S Henry estimates that in 2015 a scarcely imaginable $24 trillion to $36 trillion of the world’s financial wealth was held offshore. Much of that is money from legitimate businesses but contributes to a system where financial crime can prosper.

We cannot hope to get out of the morass of financial crime, and out-of-control financial markets, without understanding how they relate to one another. The genie of globalised money cannot be put back into the bottle, but Strange would argue that we should challenge banking secrecy, and through coordinated action of the world’s large economies close down tax havens.

Finance and crime was only one strand of her work, but it contributed to her unnerving, perhaps prophetic, conclusion that unless we rein in the financial system it could sweep away the entire Western liberal order. One only has to glance at the combination of financial chicanery and violent rhetoric that characterises the Trump presidency to see that her concerns could hardly be more contemporary.

Strange would tell us that we need more than a new government agency to turn back the tide of financial crime. We need nothing less than a new approach to political economy at national and global level.

Picture of the day: the global wealth pyramid

From The Namibian: an open letter to De Beers on transfer pricing

The Tax Justice Network’s November 2015 Taxcast
Luxembourg: the campaign on corporate tax has only just begun