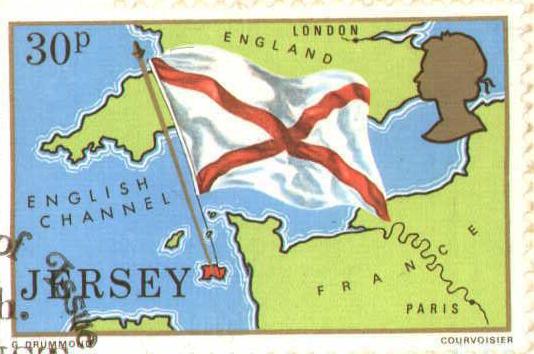 The Tax Justice Network was set up in 2003, after three Jerseyfolk, Pat Lucas, Jean Andersson and Frank Norman, traveled to London to see John Christensen, the island’s former economic adviser. Christensen had left the island in 1998, appalled at the corruption and malfeasance he had encountered every day, and they knew it. They pleaded with him to to “rescue our island” from offshore finance.  Christensen recalls:

They were talking about liberating the island. I said that if you want to do that, you have to take on the entire issue of tax havens and the global economy. They grasped that pretty fast, and asked: ‘if that is what it takes, how do we set about doing that?’ I said that we will have to create a mammoth global campaign to raise public awareness. It was clear to me by the time they left, three hours later, that this was the call to arms.”

At first glance, it may seem odd that people on a small island should want to eliminate this industry which was tapping into a vast and growing reservoir of global wealth: the world’s billionaires and multinationals who had been flocking to the island to live or set up shop.

The numbers, at least on the surface, are impressive: Jersey Finance, the island’s main lobbying arm, puts it this way:

GVA [Gross Value Added, a proxy for Gross Domestic Product] per head of population in Jersey in 2016 was £40,200 (current year values) and was 53% greater than in the UK.”

Our emphasis added. Or you could look at international comparisons, ranking the richest countries according to GDP per capita: if you scroll down the lists (here’s one), most of those at the top are small tax havens of one kind or another: Liechtenstein, Monaco, Macau, Luxembourg, Bermuda, and . . . Jersey.  The wealth attracted by a large financial centre, divided by a small population, can generate large numbers.

Jersey is, it seems, so much richer than the UK, and than most other countries – why ever would locals want to kill the goose that laid such golden eggs?

Well, a new blog by Bram Wanrooij, a teacher who recently decided to leave the island, gives a clue. Something is badly amiss here. For one thing, there’s the inequality:

I have never been so aware of wealth discrepancies as I have in Jersey. And that says a lot, as I have lived in places like Kenya and Sudan when I was younger.

The system of inviting so-called ‘high-value residents’ (an utterly disgusting phrase) openly ridicules the attempts to redistribute wealth fairly . . . This undermines a sense of community and actually sends out a message that wealth accumulation is an individual pursuit and has nothing to do with being part of society. Jersey’s official message is: ‘Make your money and then ‘protect’ yourself from the rest of society. We will facilitate this sabotage.’ On this island, it is nurtured and even celebrated.”

But inequality has a counterpart: massive, widespread hardship, affecting much of the island’s population.

In the six years I’ve lived here, my family has had to move six times and every time we had to rent a house which was slightly beyond our budget, even though both my wife and I are hard workers with honest professions. I have seen qualified, talented people leave because of this, a phenomenon which makes no sense, neither on a social, nor an economic level. . .

Why are there so many charities in Jersey? It’s only because our government has shedded some of its core responsibilities”

All this is backed up by other analysts:

Households today with a mean net income are unable to service a mortgage affordably on the median purchase price of a house of any size, that is, if they can even get the deposit together. Despite this, for the Jersey housing market it’s “boom time”.

It’s ferociously expensive to get off the islands too:

Jersey has quickly become a financial and geographical prison for middle and low earners.”

Those GDP figures are, from the perspective of middle-class and lower-income earners, meaningless. A miniscule billionaire class will heavily skew the data to make average incomes look stellar. The majority aren’t getting the benefit. (And in any case GDP is a hopeless measure of the average prosperity of a tax haven, because it includes all sorts of whirling financial flows that wheel in and out of Jersey, untaxed, rootless, hardly touching the sides.)

Those shiny goose eggs aren’t made of gold after all; look closely and you’ll see a cuckoo in the nest.  This is the Finance Curse in action.  All this money doesn’t seem to be making people’s lives better. It’s not just that a pampered elite creams it all off before the population gets a look-in. It seems to be worse than that: most people are worse off than if the financial sector hadn’t existed.  If you can’t even get this right in a small economy, where one ought to be able to share the incoming billions among a tiny population, what hope is there for a larger country like Britain?

In fact, more and more research is steadily emerging to show that oversized financial centres harm the countries that host them.

In the goldfish bowl of Jersey’s small island society, the brutal power relationships entrenched by the dominance of offshore finance make all this much, much worse. And so much of this happens at a personal level.   John Christensen, who spent much of his life in Jersey, has felt this through bitter experience. When he ran the Jersey film society they showed a German film called the Nasty Girl (Das schreckliche Mädchen), based on the true story of a young woman who began probing into her local town’s Nazi past, and became the victim of a terrifying subterranean response.

If you don’t believe him, you can watch this actually happening on camera. While filming in Jersey for a Danish television documentary about some Jersey-related skulduggery, a stranger approaches and asks “why you are always trying to stab your island in the back?”  This two-minute video conveys clearly the personal pain that can be involved, tied up with questions of family and honour and deceit and low allegations.

In the case of one of my brothers, it’s completely poisoned the relationship. He was chairman of Jersey finance, and a former head of a Jersey trust company. Their senior officers were going around telling journalists I had nasty personal baggage, insinuating that I left because I was angry at not getting the top job – chief adviser to the government when they knew damned well that I never applied for it”

(For more on that ugly episode, see Oliver Bullough’s article on Jersey for The Guardian.)

Something rather similar happened to Patrick Muirhead, a BBC reporter who worked in local media for a while.

In an island of 90,000 souls, one is only removed from another by the smallest step of separation. . . After I left, my integrity, professional ability and popularity were trashed by a hostile and defensive Jersey media and island population. . .The unwillingness to invite outsiders to probe or criticise is almost insurmountable.

This culture of concealment helped cover up, among other things, a giant child abuse scandal.

Nobody is in any doubt that offshore finance has “captured” Jersey’s political system, its economy, and even its culture. It remains impossible to resist it. Paul Bisson, a local teacher who wrote a racy novel about corruption in Jersey, puts it as well as any.

It’s almost like we’ve surrendered part of our soul to finance.”

Perhaps an even better summary comes from one of the characters in his book, Marigold Dark. Please, Dear Reader, forgive the colourful language.

We all know that foreign money has the run of this place. But it’s quite another thing altogether to openly replace the Jersey flag with a set of splayed arse cheeks and a dollar sign.”