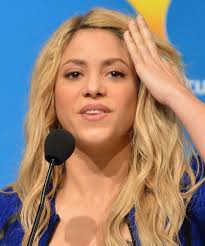 Among the scandals exposed by the Paradise Papers is that of residency for sale, something I covered just last month (along with passports for sale) as a special feature in our monthly podcast and radio show, the Taxcast, which you can listen to below.

The name Shakira Isabel Mebarak Ripoll showed up in leaked Paradise Papers documents. Like many other famous names exposed, the pop star Shakira appears to have used a series of structures and mechanisms to manage her wealth and assets, in her case via Malta and Luxembourg.

The Guardian newspaper also reports that although she now lives in Barcelona, Spain, she’s listed as resident of the Bahamas:

Asked about her listed residence in the Bahamas, the lawyer added that as an international artist Shakira had lived in a variety of places “throughout her professional career and, in every case, has fully met the laws of all the jurisdictions where she has resided”.”

No doubt she has. And it appears she once lived in the Bahamas a number of years ago. But why would a person continue to be listed as resident in such a location, yet not really live there (other than presumably spend nice holidays on white beaches and turquoise seas)? Well, tax can be a major factor. Journalist Oliver Bullough’s book on residency and passport sales ‘Moneyland’ is due out next year, published by Profile Books. He commented today on Shakira’s Bahamian residency:

Several of the Caribbean islands have begun to offer residency to rich foreigners as a way of helping them avoid the requirements of new transparency regimes. If someone is tax resident in Russia, then all details on their worldwide financial assets will be passed to the Russian authorities which — for obvious reasons — they may not want. Far better to have that information passed to a Caribbean island that doesn’t have the means or the inclination to analyse it.”

But, when it comes to testing such things in a court,

these schemes are all very new, and it’s not clear that other countries will agree that they do what they say they do. Just because St Kitts or Dominica says you’re a resident there, that doesn’t mean the tax authorities in Russia, Spain or wherever is going to agree.”

Could we now see these schemes tested as a result of the Paradise Papers? After all, as he explains in the Taxcast, residency schemes can be used as

a way of getting around the implications of the tax transparency laws, which is a real problem because those laws have obviously made great advances in trying to stop people getting their money through the various loopholes in Switzerland and so on. If they have invented a new way of getting around that then that system is being broken before it really comes into force.”

We don’t know whether tax was a reason Shakira opted for Bahamian residency. But as you’ll hear in the Taxcast below, some of the world’s secrecy jurisdictions and tax havens are making a lot of money out of selling residency. Sometimes you don’t even need to go there to buy what you want.

So why are residency (and citizenship) schemes booming now? Francis Weyzig of Oxfam Novib explains:

“Over the past 2 or 3 years there has been a major international push to get data on financial accounts exchanged so that the countries where rich people come from get information about their balances on foreign accounts, not just money but also investments in financial assets, shares, and companies and so on. It has been a bit uneven; you can see that the smaller jurisdictions have been under very high pressure to sign up to the international system. So, islands like Antigua and Bermuda or Seychelles or Santa Lucia they all signed up, they have been under very high pressure. There are still a few hold outs including the US which hasn’t committed to a certain date to start sending data itself and also Hong Kong, the Bahamas and Panama who haven’t committed yet to signing up to the multilateral system for exchanging financial account data. But all the smaller jurisdictions have been under such pressure that they all signed up. Now, that means that there is no big business for them anymore in just hiding information by not sharing it, because they can’t do that anymore. So, you can see that they are now trying to think of something else to expect a little bit of money from very wealthy people that want to hide their fortune. That’s what’s happening now.”

And as usual, there are the ‘fixers’, the ones in the background who don’t tend to get scrutinised in the way clients such as Shakira do. Oliver Bullough describes in the Taxcast how passports for sale schemes began to grow. The real money is in residency schemes, the subject of this blog, but the process of marketisation isn’t dissimilar:

The modern wave of sort of booming schemes is because of Henley & Partners, the Jersey-based experts in citizenship and residency planning. In 2005, their Chairman went to St Kitts and Nevis and basically said, look, you are in all sorts of economic dire straits. Your sugar industry has just been shut down because of the change in the way EU tariffs work. You really need some money. You have this law on your books that means you can sell passports. What you need to do is totally upgrade your business. Make it reputable. Make it transparent. Make it look good. And Henley & Partners said, we’ll take care of all the marketing. We’ll take care of all of that. All we want in return in every passport that sells, we get 20,000 dollars. So, that was essentially how the St Kitts passport scheme went mass market.”

Henley and Partners state that residency shouldn’t be used for illegal purposes. But, as we hear in the Taxcast below, the due diligence processes in some jurisdictions raise some serious questions.

In the Bahamas, there are many companies dealing in residency. This company, one of many, explains how the wealthiest can get fast-tracked by investing in real estate:

Financially independent individuals or investors who are legitimate owners of a residence in The Bahamas – please note that persons purchasing a residence for BS$1.5 million or more will get speedy consideration.”

Should the investment in The Bahamas or residence be valued at one million, five hundred thousand Bahamian dollars (B$1.5 million) or more, a response from the Immigration Department is guaranteed within twenty one days of submission of a complete application.”

This goes well beyond Paradise Papers and a few law firms and small islands: why are we allowing individuals and companies to live, operate, and enjoy the safety, beauty, stability, infrastructure and welfare state of one country, while they’re fiscally resident elsewhere, very likely for tax benefits, after investing or paying their way in to a system that’s set up only for the very wealthy? As author of Capital without Borders: Wealth Managers & the 1%, Professor Brooke Harrington puts it:

There’s a small group of people not equally subject to the law as the rest of us. These people “live the dream” of enjoying benefits of society without being subject to any of its constraints.”

In the next Financial Secrecy Index, we are going to include a new indicator on the brave new world of commercialising sovereignty with fire sales on tax residency certificates and passports – reviewing 112 jurisdictions worldwide. Watch this space!

And here’s the Taxcast cued up to start from the special feature, enjoy the listen:

Passports and residency for sale: the OECD is sitting on its hands. Here’s how to fix the problem…