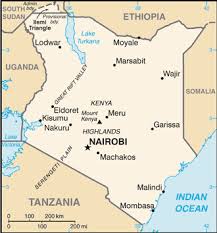 We have for a while been sounding alarms about the emergence of (yet) another tax haven/secrecy jurisdiction in Kenya. A few months ago we quoted the newspaper African Arguments:

“Anti-corruption campaigner John Githongo has warned that in this setting, the NIFC “would be like a financial crime aircraft carrier, self-contained and able to cause considerable damage”.

We noted, too, the central role played by the Lord Mayor of the City of London Corporation and one of the City Corporation’s main lobbying bodies, TheCityUK. Now, via the Institute of Certified Public Accountants of Kenya, a new draft Nairobi International Financial Centre Bill, 2016, which we believe came out this month. Its preamble calls it:

“A BILL for an Act of Parliament to provide a framework to facilitate and support the development of an efficient and globally competitive financial services sector in Kenya . . “

That word ‘competitive’ is key. Those who understand the dynamics of financial centres know that this is a particular offering to the world’s, and in particular Africa’s, hot money. The offering, crudely put, goes like this: “we won’t steal your money, but we will turn a blind eye if you want to steal someone else’s.” So what is in the bill itself? Well, here is one element of its ‘competitive’ offering: up to three years in prison for breaking ‘confidentiality.’ Read that as ‘secrecy.’

As with most other financial centres, there are ‘gateways’ through which information can be provided. But that is merely still massively repressive against whistleblowers and others who would serve the wider public good — and it is classic tax haven or secrecy jurisdiction.

Each tax haven or secrecy jurisdiction has its own niche in the global offshore system, and it isn’t clear what Nairobi’s will be. A Kenyan official was quoted as saying:

“The idea of the international financial centre (IFC) is not to mimic other centres of gravity like Dubai or Mauritius. I think we need to further define our competitive edge and given the long-standing convertibility of the shilling — I personally sense a sub-Saharan Africa foreign exchange should be an area of expertise and differentiation for ourselves.”

Foreign exchange trading covered in strong secrecy amid a turbulent and corruption-prone sub-region: now that is a recipe for some damaging and most likely criminal financial activity.

We’d say one other thing. Most tax havens are either powerful rich countries, or dependencies of powerful rich countries, which are able to attract money because people trust that their money is safe in a legal system backed by a stable democracy. But there are a few exceptions, ‘free radicals’, which are exceptions to this rule. We would cite Mauritius, Dubai, Liberia or  Panama as examples. Because wealthy folk and corporations are often skittish about putting their money in such exotic, less obviously trustworthy locations, the havens typically find that their ‘competitive edge’, as they would put it, is in going downmarket. Taking dirtier money than other jurisdictions will stomach is their niche.

“While Vision 2030 pointed to Mauritius and the Seychelles as potential models for the Kenyan IFC, the technical committee of the Kenyan Treasury in charge of drafting the plan also visited Dubai, Qatar, South Africa, Malaysia, and the UK. In the end, a decision was made to follow the hybrid model, the same used in Qatar, which allows selected local investors to access the IFC on a par with foreign investors.”

We’d also put Qatar in that ‘free radical’ group. Now if we focus on the specifics of the secrecy legislation, it isn’t obviously as pernicious as, say, Cayman’s Confidential Relationships (Preservation) law, where you can go to jail not just for divulging information, but merely for asking for it. But that Cayman law, which also has ‘gateways’ through which information can flow, is in the process of being “revamped,” apparently with that all-important criminal liability for breaching confidentiality to be removed. We’ll see what happens with that: but Kenya appears to be going in exactly the opposite direction to Cayman in this respect. In other words, downmarket.

We don’t currently have clarity on the status of this bill, but we believe that an announcement is expected imminently. The draft bill is also available here.

India: an economy under siege from IFFs?