Nick Shaxson ■ Why is the CEO of IKEA Switzerland head of a UN panel on gender? 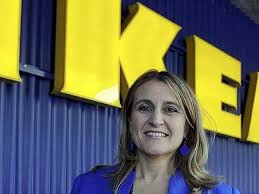 “intends to put women’s economic empowerment at the top of the international agenda, including by defining actions to speed up progress under the 2030 Agenda for Sustainable Development.”

Gender responses and gender impact are clearly seen as key ways to anchor the success of the UN’s Sustainable Development Goals. And we’re pleased that this is happening. But there is a jarring note.

“The Co-Chairs of the Panel are Luis Guillermo Solis, President of Costa Rica, and Simona Scarpaleggia, CEO of IKEA Switzerland.”

We have no doubt that Ms. Scarpaleggia is personally committed to gender equality. It’s her role as the CEO of IKEA (Switzerland) that we find jarring. This comes from a couple of different angles.

First, we co-filed a submission earlier this month to the Committee on the Elimination of Discrimination Against Women (CEDAW,) the UN body mandated to oversee compliance with women’s human rights – focusing specifically on the extra-territorial impacts of Switzerland’s opaque financial legislation has on women’s rights and gender equality, particularly in developing countries. When people dodge taxes and other obligations via the Swiss banking industry and its financial secrecy provisions, it disproportionately hurts women in the countries concerned (see our tax justice and gender page.) Second, last month we highlighted a report by the Greens in the UK parliament highlighting IKEA’s tax trickery, reported to be to tune of “€1 billion in taxes over the last 6 years using onshore European tax havens”.

The report contains elements such as this:

“Kamprad has openly acknowledged that he has been preoccupied with the problem of avoiding income and inheritance taxes in Sweden since at least the 1960s. Ultimately, these concerns led him to move to Switzerland and to relocate and restructure IKEA.
. . .
As revealed in “LuxLeaks” documents released last year by the International Consortium of Investigative Journalists, the Inter IKEA Group re-routed its Belgian-based internal financing operation to Luxembourg and Switzerland in 2010. This shift was prompted by legal action taken by the European Commission which ultimately forced Belgium to eliminate the coordination centre regime, effective 2011.”

Time and again, as we and others have demonstrated, it’s women who bear the brunt of tax avoidance by wealthy individuals and large corporations. That is for two generic reasons: first, because the ensuing spending cuts tend to hit women disproportionately; and second, because men overwhelmingly tend to outnumber women as owners of capital and thus as beneficiaries of corporate tax avoidance and high-end tax cuts, as we recently showed.)

Have IKEA suddenly turned a corner — or are we to shield our eyes from the hypocrisy and hope desperately for a silver lining somewhere in the future?