Nick Shaxson ■ Which countries have a Land Value Tax?

TJN is a strong supporter of the idea of a Land Value Tax, as part of a comprehensive tax system. It is a kind of wealth tax: a key recommendation in Thomas Piketty’s excellent Capital in the Twenty-First Century, and a long-running recommendation of TJN’s. The LVT, popularised by the 19th Century economist Henry George, building on the work of Adam Smith and David Ricardo, is an effective fair way to raise revenue from rent-seekers.

Now a new report for the London Assembly Planning Committee examines the tax. This is of great relevance in a world of falling interest rates (and possibly, as some argue, ‘secular stagnation’) which has seen a huge rise in asset prices – including house prices, in London and elsewhere. The report contains a map of the countries that have or have had experience with LVT: 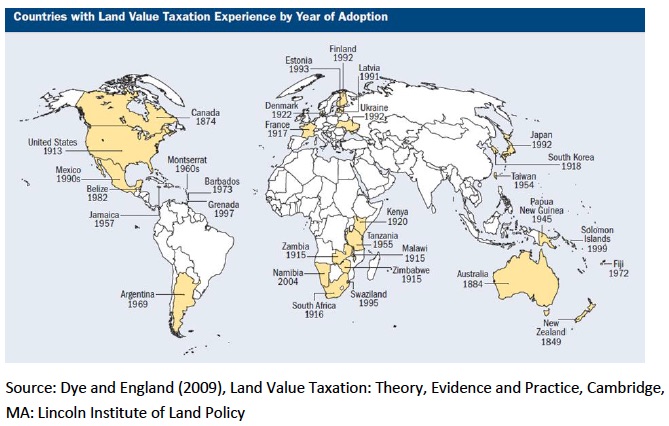 Read the report here. This is a thoroughly modern, tax justice idea.