Nick Shaxson ■ Wealth management: tax avoidance is just the tip of the iceberg 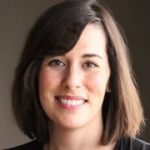 Recently we wrote a blog about some rather unique research carried out by Brooke Harrington, an Associate Professor at Copenhagen Business School who trained to become a wealth manager in order to study it properly. This week, Naomi Fowler interviewed her for our latest Taxcast. We think it is worth pulling a couple of quotes out of that interview. Here is one:

Tax avoidance was only the tip of the iceberg. I didn’t really realise how much bigger the problem is. Really what wealth managers do extend much more generally to law avoidance. And that creates problems of legitimacy for whole governments. It’s bad enough that people think they are getting shafted because the rich aren’t paying their fair share of taxes: it’s quite another thing when you say there is one law for the rich and one for everyone else . . . That is the sort of thing that can potentially topple governments and lead to crises in politics.

That is serious stuff. And this is one reason why we take such exception to narrow descriptions of tax havens that focus on narrow technical tax criteria. Our loose attempts to define tax havens, or secrecy jurisdictions, necessarily take a broad political-economy view of these things, which encompass a wide range of evils, of which tax is just one. As we’ve often said, the very term ‘tax haven’ (or ‘paradis fiscal’ in French; paraíso fiscal in Spanish and Portuguese; Steueroase/Steuerparadies in German and so on) is a misnomer. If you’re looking for a hard and fast TJN definition of a tax haven, there isn’t one – but we do offer this.

What she’s talking about, more specifically, is touched on in an earlier article she wrote for The Atlantic where she describes, among other things:

“Such trusts make these fortunes essentially immune from the application of inconvenient national laws. No litigant on earth has been able to break a Cook Islands trust, including the U.S. government, which has repeatedly been unable to collect on multi-million-dollar judgments against fraudsters convicted in federal court.”

Basically, wealthy and powerful people are using the offshore system (and other systems) to shield themselves from accountability for their abusive actions.

And if that kind of thing doesn’t pose a threat to democracy, it’s hard to know what does. In a parting comment, Harrington, makes this striking statement:

“Wealth managers defeat the letter of the law while remaining within it.

If there isn’t a sense of solidarity: if there is a law that is simply not applicable to a certain segment of society, then you are breaking down the solidarity upon which democracy depends, then you are opening the door to fascism — not as an automatic element, but it creates some of the conditions that allow fascism to thrive.”

Now the word ‘fascism’ in common parlance is usually used a casual throw-away insult. But Harrington is using the term in a very particular meaning. For some excellent background on what the f-word might mean in the modern world, read this.

But do listen to the rest of the Taxcast interview if you haven’t. It’s fascinating right the way through.