John Christensen ■ The Offshore Wrapper: a week in tax justice #66

Seemingly the days of stashing a million bucks into a secret numbered bank account in Singapore are over.

So now businessmen seeking to pay bribes have to use more subtle methods, says a prominent lawyer in Papua New Guinea (PNG).

By all accounts PNG is a country where political corruption has run riot. Reportedly as much as 7% of the country’s GDP is siphoned out illegally.

Global Witness wanted to learn more about the mechanics of corruption. It went undercover to investigate.

The result is this riveting film.

After the small talk where we learn that Australian pop band Sheppard are owned offshore in Singapore, a leading lawyer is more than willing to offer advice.

To buy land, payments should be made from offshore, and they should look like they have “a commercial nature”. This guidance was later described by the lawyer as “hypothetical”.

A separate PNG lawyer explained that a leading Australian QC was involved in this murky game.

This QC is apparently prepared to inflate invoices to clients in Papua New Guinea for work done. The extra money is then passed into dodgy Australian bank accounts. In this way, the funds look legitimate.

The case asks whether Australia is a centre for money laundering and illicit financial flows. I think we know the answer. 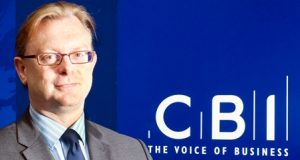 Last week the Irish parliament had a metaphorical bombshell dropped on it by Independent MP, Mick Wallace.

Wallace used parliamentary privilege to reveal that a Northern Irish politician had several million euros earmarked for him in an offshore account in the Isle of Man.

The MP claims to have information which identifies the recipient of the money but did not say who it was as he could not be 100% certain of its accuracy.

The allegations centre around a deal made by NAMA, the agency set up by the Irish government in the financial crisis to buy up bad property loans from Irish Banks. The idea was to help banks get lending again by freeing them from their toxic assets.

It is alleged that when NAMA sold the Northern Irish loan portfolio to Cerberus Capital in a deal worth £1bn a Northern Irish politician stood to benefit from the arrangement.

At the centre of the controversy was a man called Ian Coulter who was previously a partner in Belfast law firm Tughans.

Mr Coulter had to leave the company in January when the other partners found the money had been transferred to an account in in the Isle of Man controlled by him without their knowledge. The company states it has recovered the money.

A Law Society investigation is underway, but they have apparently been unable to find out what work was done by Tughans on the deal in order to earn the company millions in fees.

Cerberus says it is very concerned about the allegations, paid no illegal inducements and did not directly engage Tughans.

Emergency meetings of the Northern Ireland Assembly and Irish Parliament have been called.

A family all at sea

Without greed and avarice where would offshore be?

It seems the uber-wealthy refuse to feel any obligation to contribute to public goods that they themselves benefit from. 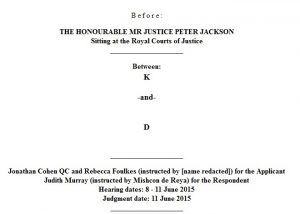 A sad case of the Cffshore Curse

A delusional attachment to the idea that all of their wealth is entirely the product of their own labour combined with a ferocious defensiveness and an insatiable desire for more.

This mindset governs social relationships and a court case from the United Kingdom gives a fascinating, yet deeply depressing insight into an offshore businessman as his marriage disintegrates.

The case concerns a fabulously wealthy couple going through a divorce and fighting over access to the children.

In the words of the judge:

“The father . . . is a man of some intelligence who worked his way into money. He inhabits an offshore wheeler-dealer world in which large sums of money flow between friends and business connections, with trusts and companies being set up with a view to maximising profit, minimising tax and obscuring ownership. It is in some ways a pressured environment and there are highs and lows. . . . The mother and children have benefited from the father’s business activities, at least from the financial perspective, but his chosen lifestyle is not calm or predictable. Apparently it does not even allow him to live in the same country as his children.”

It seems as if this kind of offshore wheeling and dealing, despite putting strains on family life has been very profitable. They live life to excess. Despite having no intention to pay taxes and inhabit properties so vast that many of the rooms are left unused:

“Although the family is 100% British, its has no intention of paying tax here. The family home, a mansion bought in 2011 for £5.5 million, is in the name of a company registered in the British Virgin Islands. Ms Ingledew [a court officer] described it as the most luxurious property she had visited in 20 years of professional life. The living room alone is bigger than many people’s houses yet J [child of the couple] is anxious about bringing his friends there because most of the rooms are unfurnished.”

There is also an empty property in Kent, a villa in Portugal, international five star travel with the mistress, the list of excess goes on.

But what is most extraordinary is the couple’s determination to fight tooth and nail to make sure the other gets as little as possible from the settlement, and that they appear prepared even to sacrifice their relationship with their children to pursue this. The judge, described the parent’s behaviour as shameful and in his judgement wrote the warning of the Court officer who had visited the family in capital letters in the hope that the parents would listen.

“BOTH PARENTS ARE INTENT ON DESTROYING EACH OTHER. IT IS VERY CONCERNING FOR THE CHILDREN.”

“THE ANTE IS BEING UPPED EVERY 5 MINUTES, IT NEEDS TO STOP.”

“IN SOME WAYS, I FEEL LIKE A PARENT, I FEEL LIKE BANGING THEIR HEADS TOGETHER. THEY’LL LOSE THE LOVE OF THEIR CHILDREN IF THEY CARRY ON LIKE THIS”

“I DON’T THINK THESE PARENTS REALISE HOW MUCH THEY ARE DAMAGING THEIR CHILDREN AT THIS TIME.”

The case continues in the divorce courts.  The full judgement of this stage of the proceedings can be found here.

Has Germany forgotten its past? 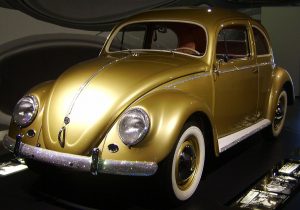 Would the Wirtschaftswunder have been possible without debt relief?

Greece has voted “no” to further austerity measures imposed on it by its creditors. This is a fast moving story and tankers of newspaper ink have been spent analysing what is happening.

However from a Tax Justice point of view, readers may find this interview with Thomas Piketty in the German newspaper Die Zeit interesting.

The French economist explains how Germany has never repaid its external debt, and after the Second World War when it faced debts much larger than those currently facing Greece it used a combination of inflation and wealth taxes to bring the debt down. The Greek proposal to use a wealth tax is one of the measures being blocked by Germany.

The Wrapper often reports on how the UK operates one of the oldest tax avoidance schemes in the world.

By becoming “non-domiciled” for tax purposes, UK citizens can avoid taxes on foreign held assets. This is because under the rules non-doms claim their heart is really somewhere else and that they intend to leave the UK one day.

Of course, there is no obligation to actually leave, you just need to say you might. This has led to tens of thousands of very wealthy UK citizens with foreign connections avoiding huge amounts of taxes.

The UK chancellor George Osborne will give his budget on Wednesday and there are rumours that he has been thinking about completely getting rid of the non-dom rule.

However, people who gain a lot from the non-dom rules – wealth advisers – have been peddling the same old pitch that the superich will leave if asked to contribute to the country they live in.

The Wrapper is confident that this honourable loophole will stay in place for a good while yet. Our chancellor may tinker round the edges. But we will sell our country estate and donate the proceeds to the Greek bail out fund if the Chancellor abolishes the non-dom rule.