John Christensen ■ The Offshore Wrapper: a week in tax justice #55

Zimbabwe MP James Maridadi has been holding the government’s feet to the fire over suspiciously low tax revenues generated by Zimbabwe’s mining sector.

According to the MP the last budget statement predicts that the government will gain no revenue from diamond mining.

This is strange because the last we heard diamond mining was not usually known for being a loss making business.

Maridadi also questioned why ZMDC, the state mining company, has not had its accounts audited in two years.

The questions were put to the Zimbabwe finance minister during a question and answer session on grain purchases in parliament.

The government is currently unable to make payments to farmers and this is causing them great hardship.

The point Maridadi was making was that if the government’s mining operations were better managed there might be more tax revenues to pay farmers.

And who better to manage the mines than the current deputy minister of mines, Freddy Moyo?

In 2013 Moyo was arrested for fraud, although it seems he was never convicted. Allegedly Moyo took out a loan to buy another mining company, OX Mining, using the assets of the company as collateral, despite the fact that he was not a shareholder or director of the company at the time.

Between 2009 and 2013 Moyo was in charge of the Hwange Colliery. After Moyo left, the auditing company Welsa International Chartered Accountants conducted a forensic investigation into the company and found “massive externalisation of funds and fraud” to the tune of $200m.

The fraud included the siphoning of funds to China while workers at the mine went unpaid.

Zimbabwean experts quoted by Transparency International called the scandal “a microcosm of the grand corruption that has engulfed most of our state owned enterprises”. The investigation implicated Moyo in the scandal.

Now there is no evidence whatsoever that Moyo has had his hands in the diamond mine, but given his record, and the difficulties the state owned diamond mines seem to have in producing audited accounts, his continued appointment as a mining minister might be surprising to some.

The question session in the Zimbabwean parliament can be found here:

Commerzbank is guilty of financial crime – no need to prosecute

Last week saw another deferred prosecution agreement (DPA) between the US Government and a major financial institution. This time it was German lender Commerzbank in the dock.

A DPA is when a company admits that it has committed a crime, but the US government agrees not to prosecute if the company pays a fine and meets certain other requirements. For example promising to be good from now on.

If the company behaves itself for a certain amount of time after the agreement the possible charges are dismissed.

So what are the criminal activities Commerzbank has ‘fessed up to?

The deferred prosecution agreement statement of facts states that for six years between 2002 and 2006 the bank knowingly and willingly assisted sanctioned entities from Iran and Sudan to evade sanctions.

The bank wilfully concealed the identity of their clients from US banks giving sanctioned entities access to the US financial system.

The sanctions breaking was not the result of a few bad apples. It was systemic. The bank even issued guidance to its European personnel which said that employees were to “under no circumstances mention the Iranian background in the cover order” when completing US dollar transactions for Iranian clients.

The admission of this criminal activity comes at an interesting for US – Iran relations.

Currently the United States is negotiating with Iran over sanctions and the country’s nuclear aspirations.

Republican Senators have written to the Iranian Government to try to stop their own President from negotiating with Iran.

Senators, however, seem less concerned about the decision of their own government not to prosecute foreign banks for money laundering on behalf of the Iranian government.

In addition the bank involved is accused of being complicit in the Olympus fraud, a massive accounting fraud at the Japanese camera maker where company executives have pleaded guilty to artificially inflating the value of the company by $1.7bn.

Commerzbank set up offshore structures on behalf of the company that assisted in the fraud, and failed to report suspicious transactions. The bank will pay a $300m fine which will be distributed to victims of the fraud.

In total the company will pay a total of $1.45bn in fines to atone for the crimes it has admitted to.

Senior researchers here at Wrapper Towers have wracked their brains pondering what other crimes would get such lenient treatment from the US government.

Statistics from the IRS show that where the agency pursues a prosecution for corporate fraud, it gets a conviction ending with a prison sentence on average around 80% of the time.

And yet when fraud is committed on a giant scale prosecution is ‘deferred’.

We are sure that the 79 people in financial year 2014 that were convicted of corporate fraud and given an average prison term of 40 months would have been keen to get the same deferred prosecution deal as Commerzbank, HSBC, Credit Suisse and BNP Paribas too. 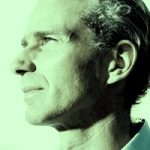 We all know that times are getting tougher for tax avoiders. Secret bank accounts in Switzerland leaked to the authorities. Secret companies in the BVIs leaked to the press.

What is a tax dodger to do?

Luckily there is a new solution from the innovative well regulated financial centres of the Caribbean: Be your own personal tax haven.

Bloomberg looks into the activities of Christian Kalin, a Swiss lawyer who has promoted the citizenship for sale scheme of St Kitts and St Nevis. For a fee of $250,000 and without the need to set foot on the island, a debonair individual can become a citizen of an island paradise.

Citizenship of St Kitts and St Nevis entitles the holder to visa-free travel to 132 countries around the world, no tax on income or capital gains, and limited financial gains. The “success” of the programme has made Kalin a man in demand and he is currently advising a number of countries on similar schemes.

Croatia, Slovenia, and Montenegro – countries where hundreds of thousands of people died fighting wars of independence in the 1990s – are now considering a less burdensome means for people to gain the freedoms of citizenship of an independent free market economy. Kalin’s firm have advised Malta on their programme which was covered in a recent Wrapper.

Banca Privada D’Andorra (BPA), a private bank in the mountainous microstate of Andorra, has been taken over by the government after the US Treasury designated it as an institution of primary money laundering concern. The Prince of Andorra: not laughing now

According to news reports, the bank is accused of money laundering for Chinese gangs, the Russian mafia and corrupt South American officials amongst others.

The Andorran government has assured the world that the goings-on at BPA is an isolated incident.

And who here would disagree with the Andorran authorities?  Especially when the Prince of Andorra, or Co-Prince to be exact, is none other than French President François Hollande.

But wait. What’s this?

News has reached us that BPA has filed for bankruptcy protection after its customers rushed to withdraw their cash.

So now it turns out, the whole bank is isolated. Whatever next?