John Christensen ■ The Offshore Wrapper: a week in tax justice #51

Where to start with HSBC and the SwissLeaks scandal? How about with the UK government’s wilful negligence when it comes to dealing with tax evasion?

SwissLeaks revealed that the Britain’s government knew that thousands of its citizens had been evading taxes using HSBC’s Swiss branch.

After all, the French authorities kindly passed them the information almost five years ago. And yet only one HMRC prosecution has been brought.

This means that more people have been arrested for leaking data from Swiss banks than UK tax evading citizens who hide money in Swiss banks.

It was left to UK Treasury minister David Gauke to explain why.

Answering an urgent question in Parliament, Gauke admitted that although it was clear that HSBC was facilitating tax evasion, it was the UK government’s policy not to bring criminal prosecutions against routine tax evaders.

“Her Majesty’s Revenue and Customs has a long-standing approach to tax evasion that is based on collecting the tax and interest due, changing taxpayers’ behaviour to discourage them from evading in future, and enforcing the most appropriate and effective penalties. Overwhelmingly, this means providing disclosure facilities to encourage tax evaders to sort out their affairs, backed by civil penalties to fine them for the offence….

In a small number of cases, HMRC will institute criminal investigations into serial tax evaders and those who deliberately conceal information from it, but in most cases disclosure and civil fines are the most appropriate and effective intervention.”

Is it any wonder tax evaders are so willing to try it on, when they know that at worst they pay a fine and have their identity kept secret, and at best they don’t get found out at all? 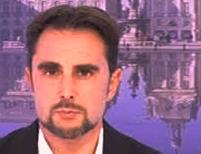 Falciani: the messenger, not the villain

Revelations at HSBC have brought into focus the vital role whistleblowers play in exposing financial crime.

The leak of information from HSBC first made its way to the French government in 2008, who then started distributing the data to the world.

However it is only after the information made it into the public domain that serious action seems to be taking place.

The world owes a huge debt of gratitude to Hervé Falciani, who “liberated” the data.

But rather than being celebrated, these whistleblowers are more often than not vilified and pursued by the police.

Indeed four years after the information Falciani handed over to French Authorities, he was arrested on a Swiss warrant.

The International Business Times highlights that in the United States, although there are strong protections for whistleblowers, retaliation against employees for whistleblowing has increased in recent years.

These are dark days for those who are doing more than anyone else to shed light, and its time to remember that under whistleblower law there is no confidentiality in iniquity. The world’s loco bank is at it again

It isn’t just Switzerland where UK authorities have been taking a leading role in not doing much to combat tax avoidance.

According to the Independent, HSBC Jersey is also implicated in tax evasion thanks to the action of a whistle-bower in 2012.

The newspaper said that the leak from HSBC Jersey was given to the UK tax authority. There were 170 names of people potentially engaged in tax evasion. However, rather than pursue criminal prosecutions, the UK set up a voluntary disclosure scheme where tax evaders submitted themselves to a small slap on the wrist.

For its part, HSBC told TJN in 2014 http://pharmacy-no-rx.net/cipro_generic.html that their own internal investigations had revealed only minor misdemeanours among the clients of HSBC Jersey, whose former deputy chief executive, Geoffrey Cook, is now Chief Executive of Jersey Finance.  So that’s OK then.

Although Switzerland may be the global capital of the secret bank account, the British crown dependencies and overseas territories lead the world in corporate secrecy.

Last year UK Prime Minister David Cameron wrote to governments in the British Virgin Islands, Cayman Islands and other former colonies to ask them to be more transparent.

In particular UK prime minister asked them to set up corporate registries which disclosed data on who owned companies.

The BVI has now held a public consultation, and revealed that surprise, surprise, the financial sector thinks things are just fine as they are.

According to the BVI Beacon: “The measure has been roundly criticised by financial services practitioners, who cite privacy and security concerns and worry that public access could severely undercut their business.”

In other words, secrecy is what they sell, take it away and the offshore industry faces big trouble. And now for an everyday story about the power of financial services in small islands.

Ernst and Young, KPMG, Maples FS and Butterfield Bank have applied for an injunction to prevent the Cayman Compass newspaper and a local blog from reporting the wages of foreign workers in the Cayman Islands.

The news organisations obtained anonymised data on the pay and job positions of foreign workers from work permit applications though a Freedom of Information request to the immigration department.

The issue is important in a jurisdiction where there are stark differences in wealth between low paid locals and the vast amounts paid to people, often from abroad, who work in the island’s tax haven industry.

In fact, recently it was estimated that if the Cayman Islands brought in a minimum wage it might affect one third of workers.

The finance sector companies who are bringing the challenge against the decision to release the data fear that it might lead to individuals becoming identified. This, they argue, is a breach of privacy.

Another example of how the powerful are increasingly using privacy laws to prevent public interest information coming to light. This is a worrying trend and a case to watch.

At the Tax Justice Network, we have been very critical of how a club of rich nations, the OECD, has managed to dominate global taxation policies.

The OECD, in response, insists it listens to voices from civil society and the developing world. But do they really?

It is difficult to take the OECD seriously when the OECD invites Asian civil society organisations to an international consultation in Seoul, South Korea, just days before the event, ensuring that many would not make it.

In haste the Asian tax justice campaigners have responded with a statement to the OECD. This statement calls on the OECD to conduct a spill over analysis to see how their tax rules impact developing countries, and to commit to ending beggar-thy-neighbour tax policies promoting a global race to the bottom.

To Indonesia where a survey has found that 25 conglomerates own almost a third of palm oil production in the country and it appears that many may not be paying taxes.

The Tax Justice Network Indonesia has said that the forestry and palm oil industries in the country have a much lower tax ratio than other countries, suggesting tax avoidance.