John Christensen ■ The Offshore Wrapper: a week in tax justice #49

The African Union gets tough on illicit financial flows 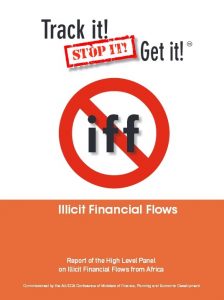 The report estimates that $60bn is lost to Africa every year though corruption, tax evasion and other financial crimes. It offers a number of recommendations on how to crack down on these activities.

The adoption of the report signals the intention of African leaders to stem the flow. It now remains to be seen how effective any action will be. Action Aid Nigeria has called on Western governments to provide assistance to help customs officials and other key government agencies build the skills they need to better police illicit financial flows.

The adoption of the report is a victory for campaigners like the Tax Justice Network Africa, who have been campaigning for African countries to take a tougher stance on tax dodging.

Indonesia gets tough on tax evaders

Indonesia plans to raise tax collection by 40% this year. To do so the country’s new government is getting heavy with corrupt officials and tax evaders.

The Indonesian tax office is described as “notoriously corrupt” by some in the press, and authorities in Jakarta are pouring resources into reforming the tax office.

Just one month into 2015 and already 29 employees of the tax office have been sanctioned for involvement in corruption. Last year, 300 tax officials faced disciplinary action.

Tougher penalties await those who have been found evading taxes. The government is planning to imprison people who have not paid their taxes and to impose travel bans on others.

NGOs calls on the UK to get tough on tax dodging

In the UK, NGOs are hoping that whatever government is returned after the elections in May will take a similarly tough but perhaps less extreme approach.

A coalition of NGOs have launched a campaign to get a “tax dodging bill” implemented in the new Parliament.

If implemented the new law would prevent companies using tax havens to reduce their tax bill. It would make sure that all tax breaks to businesses are assessed, and scrap those that cannot be justified. It would also introduce country-by-country reporting to UK companies. This means that companies would have to report how much tax they pay in each country they operate.

If you want to add your support to the Tax Dodging Bill – you can do so here.

America’s roads and bridges are crumbling, having been starved of funding for maintenance for decades.

At the same time US corporations hold trillions offshore – avoiding tax on the income earned abroad. Perhaps something that Fortune 500 CEOs should think about when driving to work.

President Obama has come up with a solution, which is to impose a one-off levy on the profits US corporations have accumulated offshore.

Companies hoarding profits offshore would pay a one-off tax of 14%. The proceeds will be used to fund infrastructure improvements. In addition US companies will face a 19% tax on all their future foreign earnings.

But how tough is this?

This is a significant improvement on the status quo, which has allowed corporations to stash cash offshore avoiding tax indefinitely.

But even after these reforms companies will still be paying a significantly lower amount of tax on their foreign earnings than the US domestic corporation tax rate.

The 14% levy is less than half the current federal US corporation tax rate of 35%, which is what companies would have paid had they brought the profits home.

In other words, they have received a substantial tax break by using offshore. A tax break that may get worse once the Republican Congress gets hold of the measures. 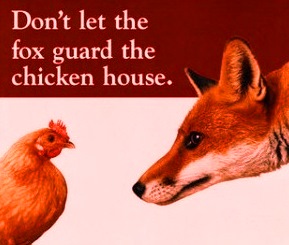 Whose bright idea was this?

Australia is about to launch possibly the maddest and “baddest” tax policy so far this century.

The country’s tax office plans to let large corporations conduct their own tax review rather than have tax officials check the books.

The changes are a result of budget cuts. Apparently it is just too expensive to check if large corporations have submitted their taxes correctly. The Oz Revenue reckons firms can be trusted to do the work themselves.

According to the tax authority, one of the big advantages of the scheme is that it is really popular with corporate taxpayers!

But wait, the tax audits will not be conducted internally. They will be done by firms’ external accountants. This will be outfits like PwC, who were recently found to have constructed a number of tax avoidance schemes for multinational companies though their Luxembourg office.