John Christensen ■ The Offshore Wrapper: a week in tax justice #41

HSBC Switzerland has been charged by French authorities for “illicit financial and banking practices”.

This comes after the company was placed under investigation last year following the leak of the so-called Lagarde List which is said to contain the names of thousands of HSBC clients with Swiss bank accounts.

According to the Guardian, the investigation has found that the HSBC private bank helped clients in an organised manner evade an astonishing $5bn in taxes. Yes $5,000,000,000.

If French authorities are planning a wider inquiry into “illicit financial and banking practices” at HSBC Switzerland, they may well like to get in touch with their colleagues in Britain, or as they are known in France, Le Hog Roast.

Currently the UK’s Supreme Court is hearing a rather interesting case about whether a Saudi prince is required to sign a witness statement and give evidence before a court in the UK. The prince argues that Saudi royal protocol prevents him from giving evidence in court. Mr Justice Vos disagrees, so does the High Court of Appeal. We can see why the prince may be reluctant. The case concerns a major fall-out between a Lebanese businessman Mr Almhairat and Prince Abdulaziz bin Mishal bin Abdulaziz Al Saud, the nephew of the Saudi king.

Mr Almhairat and Prince Abdulaziz set up a company in the United Kingdom known as Fi Call, which used shell companies in the Seychelles and British Virgin Islands. (Are you paying attention, Djanogly?)

Mr Almhairat produced a series of transcripts of conversations and emails that should make very interesting reading for everyone. They can be found in the Judgement of Mr Justice Vos here.

In particular, the French magistrates may want to look at this passage of Mr Vos’ judgement, which is a transcript of an alleged conversation between the father of Prince Abdulaziz and Mr Almirat featuring HSBC Switzerland:

Mishal: Well, I had an idea. You know that I move huge amounts of money for people like our friends the Mubaraks. We’ve been doing this business for years. We can move money for anyone, including the Iranians, because nobody dares to challenge us.
Faisal: Yes, Your Royal Highness.
Mishal: Although I have very good connections with HSBC, we sometimes need to explain what this money flowing through our personal account and Al Shoula’s account is about. I believed that if I acquired a telecom company, we could use for money laundering and provide an explanation of the flow of cash through our accounts. When Abdulaziz told me about your company I told him to go ahead. I gave him $40 million to enter the company.
Faisal: We did receive £1 million from Your Royal Highness into the company’s account with HSBC, but the bank closed this account after the transfer.
Mishal: Yes, I know. HSBC are sensitive about my money flowing through their onshore accounts. They prefer that I keep my money in offshore accounts in Switzerland.
Faisal: I understand.
Mishal: Keep me informed about the company. Abdulaziz is in charge but, as you know, he spends a lot of time with Moroccan bitches. You’re aware that I’ve been building this huge business and I should make sure it is taken care of. Help my son and you’ll get our protection.
Faisal: I’m honored, Your Royal Highness”.

The Princes strongly deny all of the allegations against them. They claim that the transcripts are fabrications. Still, the French investigations may well want to request the court documents.

Time to give Fifa the red card? 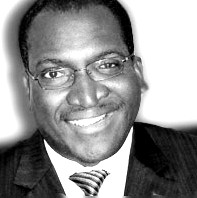 How long before Fifa is officially charged with bringing the game of football into disrepute?

Last week the “beautiful game’s” governing body was ridiculed after it effectively dismissed allegations of corruption in the bidding process for the 2018 and 2022 World Cup. Fifa’s “summary” of an in-depth probe was instantly disowned by Michael Garcia, the investigator, as a whitewash. Garcia demanded the matter be passed to the head of FIFA’s audit and compliance committee to review.

So how effective is Fifa’s audit and compliance committee? Well the signs aren’t good.

This week, Canover Watson, a committee member, was charged with fraud and money laundering. Canover is the FIFA vice president for Caribbean football union. He is charged with crimes in his native Cayman Islands.

Keen readers of the Wrapper will remember that Canover was arrested in August by the Cayman Islands police. As of today, he is still listed as a member of the audit committee.

Last week we reported on MP Jonathan Djanogly’s attempt to derail the introduction of a public register of beneficial ownership that would help uncover corruption and tax abuse.

Djanogly is a former justice minister. His £67,000 MP salary is bolstered by income he receives as a part-time consultant to international law firms and private equity (fee £1,000 an hour).

Jonathan has now spoken on the subject in a debate in Parliament last week. He raised some real non-issues. He highlights that it is sometimes difficult to know who stands behind trust structures and fears that finding this out will place an unwelcome burden on British companies.

Its perhaps churlish to ask what kind of company does not know who its beneficial owners are?

He fears that Britain will lose out on investment from people who want to keep their identity secret. Instead they will just go somewhere else. The UK’s position as a first mover, Djanogly suggests, will mean that it will lose out.

Here at the Wrapper we agree, Britain as one of the most important financial centres in the world, should be content to let other nations, like Ukraine (see below) lead the way in financial transparency. 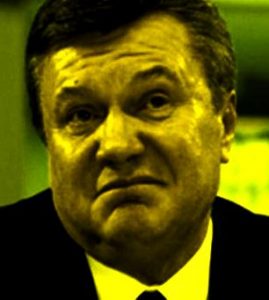 To the European parliament in Brussels where the Financial Transparency Coalition and a number of related NGOs organised a discussion with MEPs, journalists and financial crime investigators about why publicly accessible registries of companies and trusts are needed to combat tax abuse and corruption.

In a packed meeting room, Vitaliy Shabunin from Ukraine’s Anticorruption Action Centre described how his country has in fact already passed laws to will introduce public registries. (Please stay awake in the back, Djanogly)

However, Ukraine’s oligarchs, says Shabunin, are not unduly concerned. They feel their vast wealth will remain hidden in Europe since they don’t think policymakers in Brussels will have the gall to introduce a similar measure.

“You know why Ukrainian oligarchs are not losing sleep over new anti-corruption rules in Ukraine? Because they are sure their shell companies in the EU will not be touched by new EU rules. Hopefully, they are wrong.”

The conclusion to this legislative process is expected early next year.#

Guess where the gold is

It isn’t just banking secrecy that the Swiss provide. Priti Patnaik, a former participant on the TJN’s Illicit Finance Journalism Programme, has been on the case of Swiss gold. Read her interview with GFI on the subject here.

Sign up here to have the Wrapper in your inbox every week.