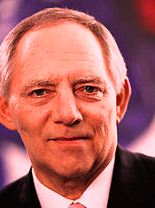 In this article on why tax matters often need to be addressed at a global level, German finance minister Wolfgang Schäuble discusses the urgent need for new international rules to protect tax sovereignty and warns against the dangers of tax wars, commonly but misleadingly known as ‘tax competition.’

It is refreshing to read the following from such an important and globally influential politician:

“A “beggar-thy-neighbor” taxation policy, by which one country pursues tax policies at the expense of others, is just as dangerous as beggar-thy-neighbor monetary policies based on competitive currency devaluation. It leads to misallocations – and will ultimately reduce prosperity around the world.”

TJN has been banging on for many years about the dangers of tax wars. Some countries (Ireland, for example, and the U.K.) have based their development strategies on the use of tax incentives to attract ‘investment’ (all too often of the flighty, tax avoiding type, rather than genuine job-creating productive investment;) and there is plenty of evidence that the give-aways to (often foreign-owned) corporations often outweigh any benefits to the home country.

It is particularly refreshing to read Schäuble’s comment just two days after attending a conference on globalisation and tax in London at which several UK politicians – from both the government and opposition sides – stressed the need to ensure Britain remains ‘tax competitive’. This blogger was generally dismissed – without serious arguments presented – when he challenged the assumption that ‘tax competition’ serves as a useful basis for a development strategy.