Update: fascinating article by The Independent on this freeport.

In June we noted that France’s Médiapart had done an excellent investigation into Freeports: special kinds of tax haven offerings that fill a particular niche in the grand, constantly mutating global offshore ecosystem.  Before that, The Economist did a similarly excellent piece, in English, aptly titled Freeports: Über-warehouses for the ultra-rich. It noted:

“In many ways the art market is custom-made for money laundering: it is unregulated, opaque (buyers and sellers are often listed as “private collection”) and many transactions are settled in cash or in kind.”

“Wort.lu reports on the opening of the Luxembourg Freeport on September 19th:

“Around 500 people including Grand Duke Henri gathered on Wednesday afternoon for the official opening of Luxembourg’s Freeport next to the Cargo Center at Findel airport.

This is bad news for everyone except for a bunch of wealthy folk and their often Luxembourgeois advisers.

Now of course – of course – Luxembourg is denying that there will be anything remotely unsavoury about what goes on there. It is de rigeur to put on this theatre of probity: all tax havens do it. This is not a no-mans land, they protest; all our laws on money laundering apply here as there. And we should add: Luxembourg has, since the departure of Premier Jean-Claude Juncker, become just slightly less obstructionist on trying to kill progress on transparency.

But – and there are several buts. The FSM Monitor notes several possible loopholes in this wording. And it also notes that one of the great selling points of secrecy jurisdictions, worldwide, is their tendency to create fancy laws – and then simply disregard them! Luxembourg has serious form in this respect – as you can clearly see in this narrative report for our Financial Secrecy Index.

This is a jurisdiction that has long made a living out of helping others escape the rules of civilised society, and welcoming dirty money. And  Freeports are particularly troublesome creatures in the offshore ecosystem.

Putting these two together, and it’s hard to see how anyone except for those privileged few should welcome this latest news from Luxembourg. 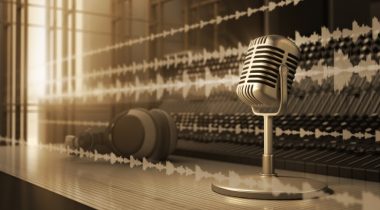