Pascal Saint-Amans, the OECD’s head of tax, has made some rather ill-advised comments in an otherwise interesting interview with the Irish Times. This concerns the OECD’s so-called BEPS (Base Erosion and Profit Shifting) project to try and crack down on some of the more egregious loopholes in international tax rules that let multinational corporations get away with such abuses such as the Double Irish. It’s a project that we have broadly welcomed as an improvement on a very poor situation, but we (of course) have several gripes with it too (see here and here, for instance).

Now here is the offending section.

“Ireland has been misused by a number of companies to locate the profit in Bermuda to use check the box which is in American companies. Is Ireland guilty? Of course not. It’s being used.”

Oh dear. Anyone who knows how Ireland became a tax haven, as he surely does (read the fascinating, gory details here) knows full well that this is a country whose lawmakers have deliberately, knowingly, and purposefully crafted a strategy to pick the pockets of other countries through setting up very lax tax laws, not to mention gorging on the trough of lax financial regulation. Saint Amans knows full well that successive Irish governments have made tax havenry the core of their development strategy.

This really does look like a sorry tale of an OECD boss making excuses for a member country. Why doesn’t he stick up for the hundreds of millions of other people in other OECD member countries that are victims of (deliberately) Irish-facilitated abuses? It is, we guess, because he was speaking to an Irish audience. But that makes it perhaps even worse: Irish readers are exactly the ones that need to be confronted with the truth about Irish tax abuses, if reform is to happen.  Regrettably, Pascal fuels concerns that the OECD is only to happy to beat up on small island tax havens, but won’t tackle its own backyard.  As a TJN’s legal counsel comments:

“Here I understand small-islands’ complaints, when they say they are the only ones being accused, when OECD countries are portrayed as the innocent ones.”

There is another gripe we have with the Irish Times interview: Saint-Amans wheels out the economically illiterate arguments about tax competition, when he says:

“Tax competition is fine as long as you play by the rules.”

Sigh. Why do we have to keep spelling this out? Tax “competition” is nothing whatsoever to do with ‘competition’. It is irredeemably pernicious, from every angle you can think of, with no redeeming features. And those defending it rest their arguments on elementary economic fallacies and misunderstandings. So why does the OECD’s tax boss keep defending it? Could he spell out what benefits it brings?

But Saint-Amans is interesting on other points. One point that’s worth stressing is the OECD’s tactical approach to its BEPS project.

“We’re not asking to close down any regime. We’re just providing instruments to neutralise the use of these regimes. In other words, even if Ireland does not move, the countries will protect themselves from the double Irish or from other schemes which result in the divorce between location of the profit and the location of the activities.
. . .
It’s not about levelling the playing field among countries because a number of countries will not change. We don’t expect Bermuda to put in place a corporate income tax but the schemes using Bermuda will be closed down.”

This is clearly tactically useful, but we favour a more comprehensive approach, involving a big stick for jurisdictions that don’t stop their abuses. Why won’t the OECD do this? Well, look at what happened last time. As they say, once bitten, twice shy. 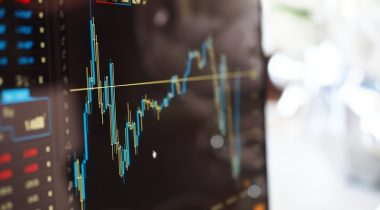 Why is Amazon still paying little tax in the UK? 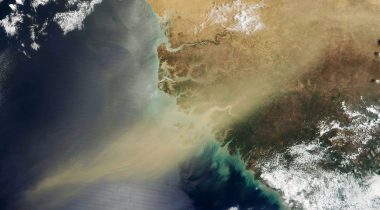