John Christensen ■ The Offshore Wrapper: a week in tax justice #28

US and African leaders talk tough on illicit finance

Last week saw the Africa-US summit meeting in Washington DC. The Summit was an opportunity for President Obama and his officials to meet many African heads of state. It was also a shot in the arm for Africa’s airline industry.

The welcome news for tax justice campaigners was that one of the outcomes of the summit was the creation of (another) high-level working group on countering illicit financial flows. No details about how the group will work were available. But it is clear from statements made by African leaders that they will be looking to the West to up its game in stopping tax havens and the financial sector in the developed world from facilitating illicit financial flows.

In an interview with Thompson Reuters after the event the Liberian Foreign Minister Augustine Kpehe Ngafuan said: “The G7 needs to walk the talk on this and deal with tax havens and opportunities created on their side of the divide that make it possible for those on the other side to loot the continent”

Tony Blair and the Gaddafi’s – a marriage made in hell? 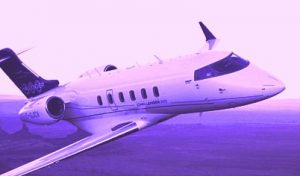 Last week we were again reminded of the West’s pivotal role in facilitating illicit flows of cash from developing countries to rich western financial centres thanks to a brilliant article from Bloomberg. The piece documents how the Libyan Investment Authority, which holds the country’s oil wealth, has squandered billions though giveaways and poor investments.

Helping them make these bad investments are leading figures such as Tony Blair who had numerous meetings with Saif Gaddafi, flying in and out of Tripoli in a Gulfstream 300 private jet (pictured here) hired by the dictator’s son. Despite working for JP Morgan at the time, Blair stayed at the British Ambassador’s residence and was accompanied by British police.

The story also details how the Gaddafi family hid €100m in Malta, one of the EU’s leading offshore jurisdictions. A case of “mirror, mirror on the wall, who is the most corrupt of them all?”

Fact! Sheriff of Nottingham works in the City 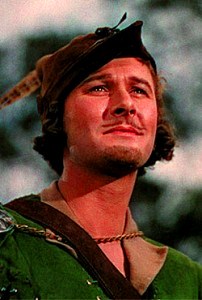 A job for Robin Hood

Last week, Standard Chartered revealed in its first half results that it is likely to face “enforcement action” from US authorities in connection with money laundering controls.

This comes after the bank was found to be “willfully” breaking sanctions on Iran two years ago and handed a $667m dollar fine.

Despite this, Sir John Peace, chairman of Standard Chartered, used the occasion of the company’s six month results to talk about the difficulties facing banks from what he sees as overbearing regulation.

“The intensity of regulatory pressure and political risk, at a time of market weakness, is putting huge pressure on bank boards and management leadership generally,” Peace complained.

Here at Wrapper Towers overlooking the Mediterranean, we simply can’t imagine how much pressure Sir John is under given that he is simultaneously the chairman of three FTSE 100 firms: Standard Chartered, Burberry and Experian where he derives handsome stipends.

But even his wages are now attracting unwelcome attention. Sir John has suffered large shareholder revolts over pay at every company he chairs this year.

So there you have it: Sir John, a man responsible of giving to the rich, and giving to the rich some more, chairman of a bank that “willfully” violated sanctions Iran, and is facing further issues over money laundering may actually be the successor to the Sheriff of Nottingham.

Can someone please have a word with Robin Hood? We may have a job for him…

Luxembourg can’t get the staff

Here at TJN we have coined the concept of the “finance curse”. This occurs when 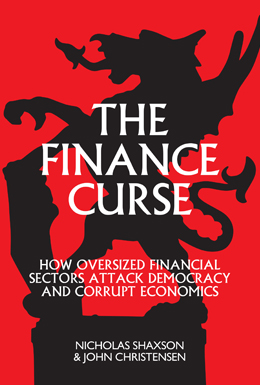 the financial industry becomes so dominant it controls government policy and crowds out other industries. Sound familiar?

An interesting article in the Luxembourg media, highlighted by the Financial Secrecy Monitor, shows the finance curse can also be bad for your country’s reputation. It is reported that native Luxembourg technology start-ups have real problems attracting employees given the image of the country as a tax haven.

Time perhaps for the Grand Duchy to broaden its horizons? Advice your Wrapper reporter intends to follow.  For two weeks, the Wrapper will be engaged on a fact-finding mission on a Mediterranean beach.