Cross-posted with the Escape from Europe blog:

The Swiss Federal Council on Wednesday issued a statement making it all too clear what it thinks “the new global standard for the automatic exchange of information in tax matters” should look like. This concerns the OECD’s ongoing project to create a new framework for international financial transparency, which we’ve written about before: while we found shortcomings, we welcomed the project overall. The OECD is expected to finalise its global standard in June.

The Swiss position is a direct threat to global moves on transparency. A private tax adviser tells TJN:

“My view is that they are trying to wriggle out of it.”

The Swiss statement is yet more evidence of what has been called a “circle the wagons” strategy: when under pressure from a world that’s moving forward, give ground only inch by inch, if at all; hold on to secrecy where possible – and particularly exploit the weaknesses of weaker and more vulnerable countries.

Meanwhile, trumpet to domestic and international media and anyone who will believe them how, ahem, clean, well-regulated and transparent the historic haven for thieves and abusers has suddenly become!

The statement says, for instance:

Our emphasis added (thanks to Koen Roovers for bringing this up). The private adviser notes:

“They are trying to choose who to exchange with, and under what conditions. The OECD system was not set up so that countries can add whatever riders they like onto it. They [the Swiss] want to turn this to their advantage, maybe to even move backwards from where they are now.”

As we have noted, multilateral negotiations with intransigents like Switzerland are always more fruitful, but Switzerland wants to make sure it has maximum leverage over vulnerable developing countries.

The Swiss statement goes further. It insists that:

“The Swiss government will stick to a bilateral approach to AIE and engage in “cherry picking”. That is, it will try to exclude developing countries from AIE for as long as possible – despite opposition by various NGOs and Left-wing members of parliament and a lively debate within the federal administration (I do not think the Swiss development agency SDC is in favor of excluding developing countries from AIE).

The problem is that the Swiss government is not expecting any external resistance to this strategy of cherry picking. Neither the OECD nor the G20 have made a clear statement in favor of a multilateral approach to AIE. Nor have they asked for the inclusion of developing countries in such a multilateral approach. Nor have LIC/LDC governments made it clear that they wish to be included.”

“This is the moment where Switzerland, likely with the silent support of other rich nations, show what all this is really about: countries with which there are close economic and political ties will cooperate to not hurt each other economically (or in any case less), but that less fortunate populations of the world won’t benefit from this international drive against large-scale tax evasion.

Meanwhile, they have created great spin and to some extent, were rehabilitated by mainstream media stating that ‘Switzerland (& Singapore) joining the ministerial agreement meant the end of banking secrecy’.

He is quite right: the credulous nature of so many media reports about Switzerland is breathtaking. He adds:

“In April, the Swiss development cooperation agency published a briefing calling for “systemic inclusion of the issue developing countries in Switzerland’s internal strategy work in the field of automatic exchange of information and effective implementation of the multilateral OECD Convention on Mutual Administrative Assistance in Tax Matters.”

It seems that voice hasn’t been taken on board when the federal government communicated its position yesterday.”

Indeed. Switzerland isn’t the only country to lack such joined-up thinking, of course. 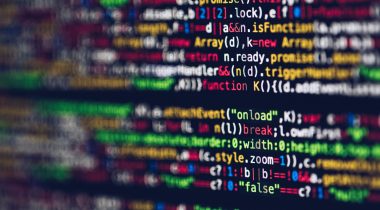 Does transparency REALLY put the rich and famous at risk?