Welcome to TJN’s weekly Offshore Wrapper. This week, rumours of a tax evasion amnesty in Italy and the US looks to reopen the door to tax evasion. The Spanish speaking world gets tough on corporate tax avoidance and “Chinaleaks” hits the Chinese elite. 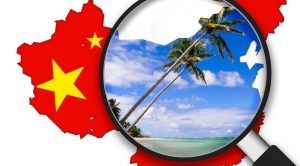 ase continues to wreak havoc on the world’s tax abusers.

This time it is the Chinese élite who are the “victims”. On Friday the consortium published data on leading Chinese officials and business people with offshore accounts. As the South China Morning Post reports, this leak comes at a sensitive time, as the Chinese government tries to crack down on corruption.

The data showed that 20,000 Chinese citizens held offshore accounts in the British Virgin Islands(BVI), and the Consortium’s lead story referenced our long report on how that British Caribbean jurisdiction became the secrecy jurisdiction that it is today. For those following the Chinaleaks story, also check out our reports exploring the histories of how Hong Kong and Singapore became secrecy jurisdictions.

The ICIJ first got hold of the database of BVI accounts in the Summer of 2013 and has been working on a series of data releases since then. They have also published a searchable version of the database online which can be accessed here.

Italy to consider tax amnesty
Last week we reported that Australia is considering an amnesty on tax evaders. This week there are rumours that Italy’s cabinet are considering a similar move.
The Italian version, however, is rather less lenient, with the prison sentence the only thing the evaders will have waived.   People wanting to take advantage of the amnesty will have to pay all of their back taxes and a small fine.

This is not the first time there has been an amnesty. Italy has a long history of the use of the get out of jail free card. In 2009 the government raised the equivalent of 5% of GDP though an amnesty. This was criticized at the time since it gave people using the amnesty anonymity, which some say helped organised crime.

US Republicans to consider giving up trying.
In previous editions we have also reported on the debate on whether corporate income tax should be abolished.

Republicans in the United States now want to take this idea one step further, and just give up tackling tax evasion by individuals altogether. The Republican Party passed a motion on Friday which said they would repeal the Foreign Accounts Tax Compliance Act, known as FATCA.

This has been an increasingly effective mechanism of preventing tax avoidance and tax evasion by US citizens. Perhaps this may even lead to more calls for tax amnesties in the future as the US tries to deal with a growing tax avoidance problem.

On the corporate side the Tax Justice Network USA, along with a number of other organisations have written to senior congressmen in the US to ask them to not extend corporate tax exemptions which have expired.

One of them, the active finance exemption was enacted as a temporary measure in 1997 and is the primary reason why General Electric’s effective federal corporation tax rate has been 1.8% over the last ten years!

Mexico and Spain to crack down on corporate tax  avoiders Mexico is launching an investigation into six unnamed multinationals who they suspect of having significant operations in Mexico but are shifting profits to low tax jurisdictions.

It is a good start but they have a long way to go. A report from Global Financial Integrity put Mexico 3rd in the world after Russia and China in the amount of money lost through crime, corruption and tax evasion.

Spain also signalled it wanted more taxes from corporates in the country. Spain is a great example how it is not just small island states which can be tax havens for corporates. A raft of concessions and exemptions mean that although the headline corporation tax in Spain is 30% companies can pay as little as 4% on their profits.

Another non-island states often criticized is the Netherlands and readers may be interested in a report published by the Dutch Foreign Office on the impact of Dutch tax policies on developing world countries published last year.